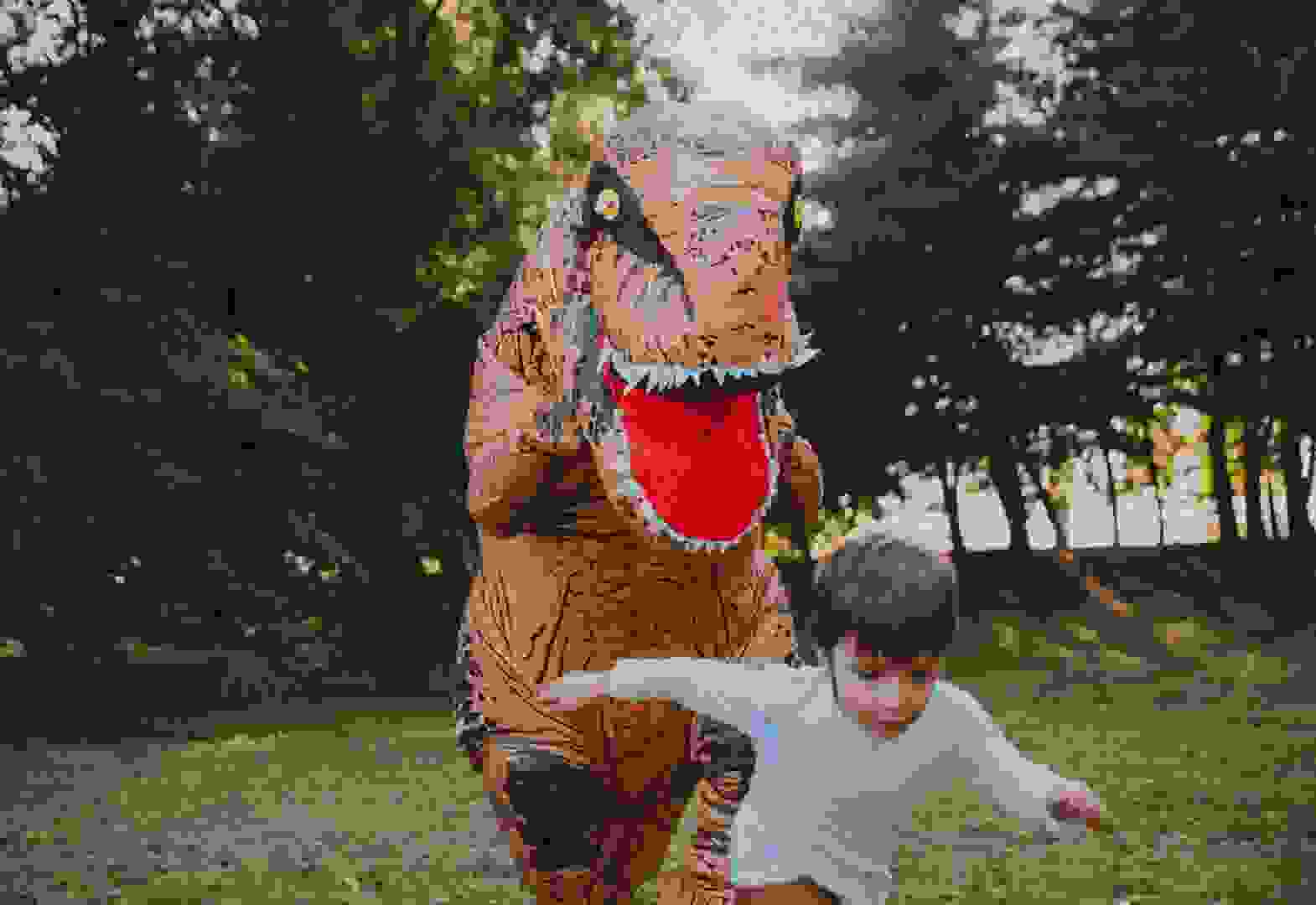 Spooky season has been in full effect, and its consummation is approaching: Halloween! When deciding what you’re going to dress up as for Halloween, a score of factors come into play. From what you’re interested in to what kind of festivities you’ll be up to that night to what body type you have, finding the right costume can be a rather serious process. Sometimes, it feels like the hardest choice we’ll make all year. Have you been to a costume shop the day before Halloween? It feels like a more colorful version of Tax Day.

In any case, one such factor in choosing a costume is age. More accurately, age is the basis for a few new factors to consider when picking a Halloween costume. Getting older means that our bodies have likely changed, and so too have our own perceptions on wearing costumes as a whole.

In fact, many older adults are averse to dressing up for Halloween, staying home in their usual wardrobe staples. For reference, per a poll from YouGovAmerica, among Americans aged 45 to 65, only 22% report that Halloween is one of their favorite holidays. Moreover, 88% of adults 45 to 65 years old state that they do not plan to wear a Halloween costume this year.

This is especially the case if you’re a dad, which affords you plenty of good reasons to dress up for Halloween. Not only might there be spooky festivities with your friends or through your work, but you’re likely going to accompany your child on their annual trick-or-treating route.

If you’re a dad who’s skeptical about rocking a costume, whatever the reason may be, we’ve got you covered. We know it can be easy to get too much in your head about stuff like this, thinking it too challenging to strike the right balance as a costume-wearing adult, but it’s honesty a whole lot of wholesome fun. You just have to know what you’re going for, aiming to make your child happy without trying too hard to be cool.

it’s an inherently bunk move to attempt to be too relatable, ultimately picking a mega-popular costume you actually know nothing about. For instance, the recent hit show Squid Game is absurdly popular right now and you can expect a whole lot of teal track suits this holiday. But it’ll only work if you’ve watched and absorbed the show, because you’re inevitably going to have to discuss your Halloween threads, given questions from your kids or their friends, and any shifts toward “cool” and/or “relatable” will become transparently bogus.

On the flip side, it’s maybe not the coolest of moves to opt for a costume so deeply related to a show or movie you yourself loved when you were a youth. If you want your kids or their friends to see you as someone who gets them, dressing up as a deep cut puts you on track to sweep right by that elusive cool-and-relatable factor.

All of this may spur a boomerang effect in you, resulting in an interest in overly childish costumes. Avoid. Even if you have really young children or toddlers, rest assured that dressing as a 6-foot rabbit or SpongeBob will only serve to overwhelm or terrify the local youths.

If you want to pull off the cool and relatable dad vibes this Halloween, you’ll want to find a costume that’s a happy medium between something both you and your kids will care about. There are a lot of cross-generational worlds of entertainment to choose from, from Marvel to Star Wars.

As for form over topic, being a dad often means having a dad bod. Raising kids is an all-consuming endeavor, so you’ve got a lot to handle before you can even consider hitting the gym, even if it’s located in your own garage. It’s also just a standard part of getting older. Our bodies are simply slower to bestow upon us physical benefits.

However, as someone who has struggled with weight, I know that no matter how many times friends and family tell you to embrace your body, or it even being the case that you tell yourself, it can still be hard to do so. In fact, it’s often much easier to be hard on yourself about it. This sort of thinking ought to be avoided, but sometimes it can feel practically inevitable.

If you’re uncomfortable showcasing your dad bod this Halloween, there are tons of costumes to choose from accordingly. The key here, I’d say, are robes. Robes are able to cover up nearly every inch of you, and the count of costumes that rely on robes seem endless.

A few quick robe-based costumes include:

You don’t need robes to nail a full-body costume though. With full-body costumes that aren’t necessarily robe-based, they typically have a thick layer of plush between you and the outside world, making only the shape of the costume apparent, rather than your body. The options are endless with these. You can be just about any animal, monster, or character. The only downside of full-body costumes, however, is that many of them run the risk of overheating. If you’ve decided to go with a full-body costume, make sure you find one that has a removable helmet. Some of them only allow you to zip up and down from the back to enter and exit the costume, and that is not great for a whole evening of trick-or-treating that’s also mostly supervising.

Halloween is one of my favorite holidays and it’s more or less because the more people who participate, the more fun the experience is. Kids love any chance to dress up and see their elders dress up. So if you’re a dad, it’s go time. Make this Halloween one to remember, not just because you made the rounds with your kids but because you yourself were a hit.