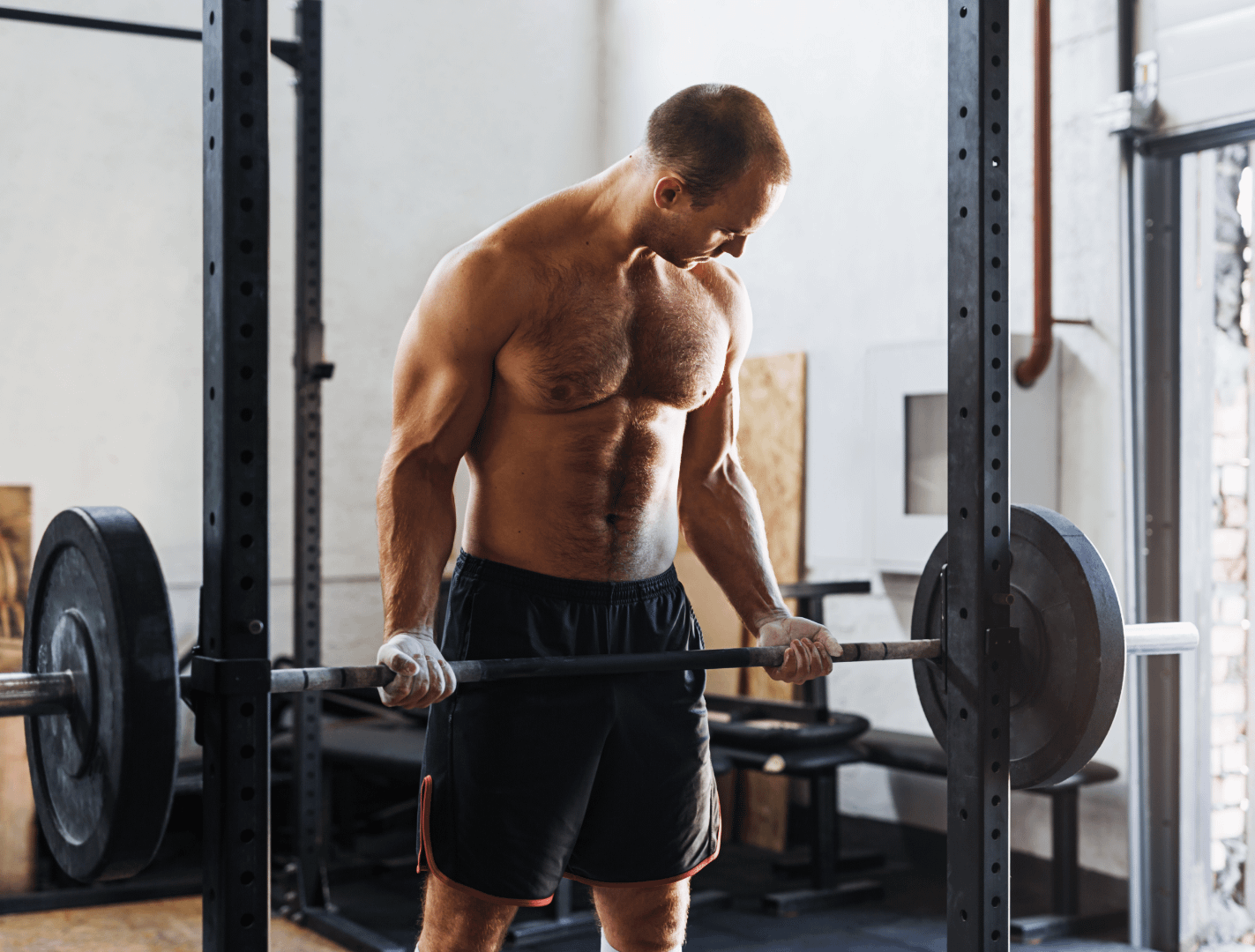 How to Get Six-Pack Abs After 40

Getting abs often appears high on the list of men’s priorities or wants when it comes to exercising, even if they aren’t necessarily working toward them. However, as we grow into our older years — whenever you deem it, though we’ll do 40 here to keep it easy — many of us become certain that we’ll no longer be capable of reaching our fitness goals.

Only young, dedicated men or roided-up Hollywood A-listers can score a six-pack, or so the myth goes. However, what if I told you that you could have and keep abs past 40, without having to take any supplements or dangerous compounds like steroids? Moreover, what if I told you that most of the methods used for acquiring a six-pack don’t really change as you get older? If you’re interested in getting abs in your 40s or onward, you’ve landed on the right article.

Keep in mind, the list below is in sequential order, so be sure not to skip steps!

Fresh Clean Tees has all the men's basics you need for the gym, from breathable crew neck t-shirts and v-neck t-shirts to soft hoodies and lightweight sweatshirts.

Focusing on the Right Exercises

When we think of obtaining abs, what often comes to mind first and foremost are exercises like crunches and leg raises. These exercises do indeed work the rectus abdominis, which is the large group of muscles on your stomach that forms your abs. However, these are not the primary exercises that you should be focusing your energy on for developing six-pack abs. Rather, you should be focusing most of your energy on heavy compound weightlifting, utilizing specific key exercises.

“Compound weightlifting” or a “compound lift” is any exercise that uses multiple muscle groups at once. The sorts of compound movements that are ideal for developing six-pack abs are those which, more or less, utilize most major muscle groups in your body at once.

Specifically, if you are interested in building your abs, you need to focus on the following exercises:

One might ask why we should focus on these exercises when you can work out your abs in a much less stressful and arguably less difficult way, through direct core exercises such as crunches and leg raises. Well, according to one particularly notable article — “Systematic review of core muscle activity during physical fitness exercises,” published in The Journal of Strength and Conditioning Research — compound exercises (and, in particular, the ones mentioned above) actually train your core more efficiently than direct core exercises.

In other words, doing heavy compound barbell exercises works out your rectus abdominis harder, which leads to more muscle growth in that area, hence facilitating the muscular basis you’ll need to get six-pack abs.

Now that you’ve built a basis of muscle in your abs, you’re ready to show them off. The only way you can do that is through losing body fat.

The first thing to note about losing body fat is that it’s definitely a process. You cannot, for instance, choose places to burn fat. Your body’s genetic make-up ultimately determines where you lose fat first. Thus, in light of that, losing body fat, in general, should be the goal — not losing body fat in certain areas, like your belly. This is otherwise known as “spot reducing.”

With all of that out of the way, how do you go about losing body fat? It’s actually rather simple and was demonstrated quite well by a case study conducted by Dr. Mark Haub, a professor of human nutrition at Kansas State University. For roughly 10 weeks, Dr. Haub got two-thirds (more or less) of his daily calories from junk food — most notoriously, Twinkies. After the 10 weeks were up, the opposite of what everyone expected happened. Everyone expected Dr. Haub to put on weight and for his blood tests to reflect poor markers of health. Dr. Haub, by contrast, lost 27 pounds and all of his blood markers showed improvements in his health.

There is a caveat to this, however. When we get into a calorie deficit, not getting sufficient protein will result in muscle loss — and yes, that includes your abs! In fact, the remaining third of Dr. Haub’s diet consisted of protein shakes. Therefore, when we enter into a calorie deficit with the intention of getting six-pack abs, we need to also make sure that we are getting enough protein each day to support muscle retention. Nutritional scientists like Dr. Layne Norton and Dr. Eric Helms both recommend anywhere from 0.8-1 grams per pound of body weight. So, for example, if you weigh 165 pounds, eat 165 grams of protein each day.

There are a few ways to push yourself into a calorie deficit, so you can be on your way to getting six-pack abs. One way would be to download apps, such MyFitnessPal, which help you track your calories according to your weight-loss goals. Another way would be to consult with a nutritionist and/or dietician, so they can help guide you through the process.

Hit the gym in a classic zip-up hoodie.

Luckily, things don’t change much as we get old. When it comes to fitness, most of the same rules apply to all ages. If you grow your abdominal muscles through heavy compound weight lifting and through proper nutrition, six-pack abs in your 40s and beyond can be an achievable reality.