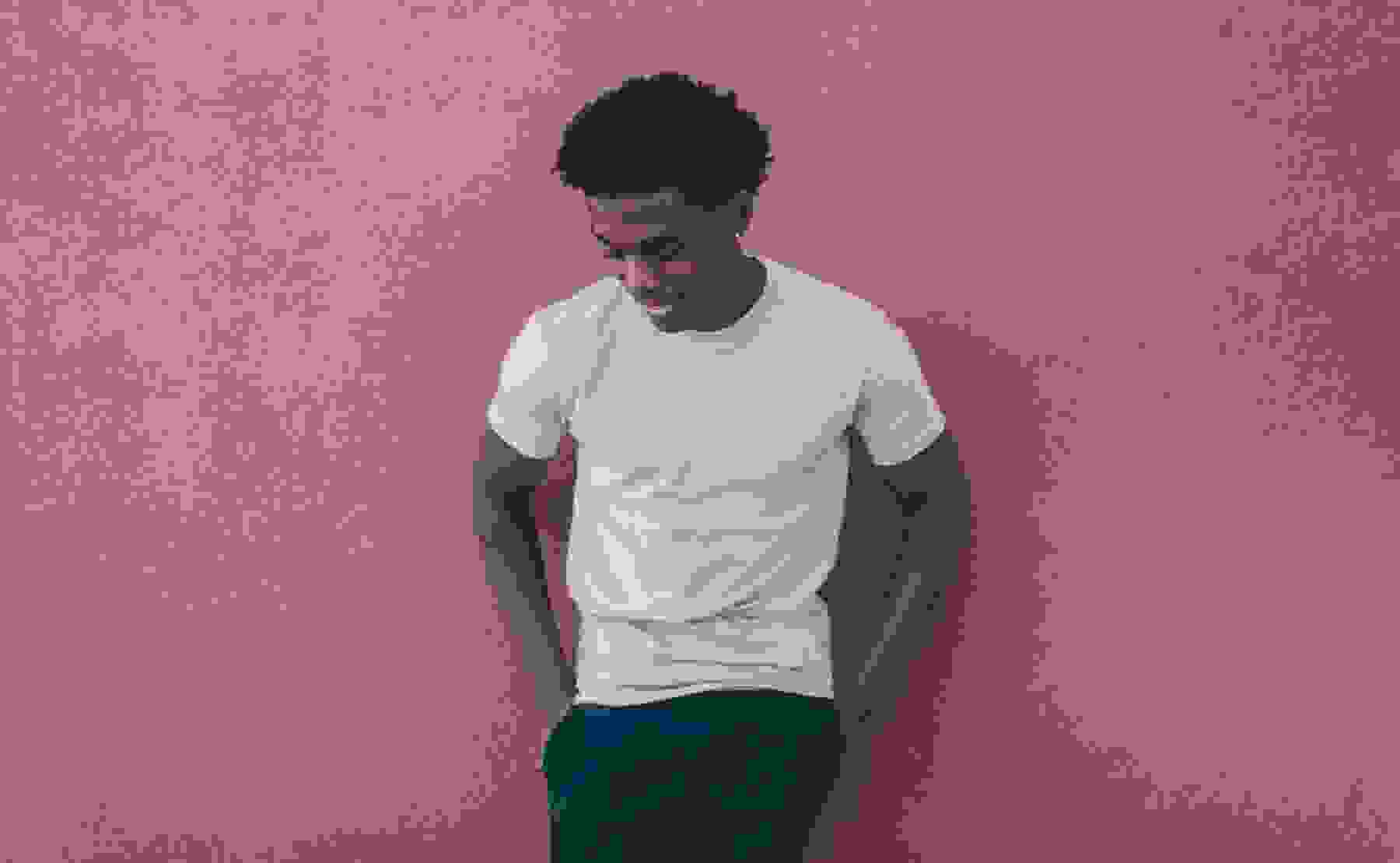 The White T-Shirt Makes a Statement

From historical moments to pop culture faves, the plain white t-shirt can carry a powerful meaning for whoever dawns it. Movie stars, musicians, models, union workers, and anyone looking to send a message all have the potential to do so with a simple white t-shirt.

Although not one of our major holidays, February 11 is National White T-Shirt Day in the United States, and it commemorates the fight for workers’ rights. In fact, the holiday more specifically recognizes the Flint Sit-Down Strike that began a few days after Christmas 1936 and lasted until its subsequent day of honor in February 1937. In those two months, the recently formed United Automobile Workers (UAW) remained steadfast in their strike for better wages from General Motors in Flint, Michigan. With pressure from President Roosevelt, General Motors ultimately recognized the union and workers received a 5% pay increase, ending what had been an extremely turbulent and notable standoff.

The holiday’s recognition came nearly a dozen years later, in 1948 by Bert Christensen, one of the Flint strikers, as a reminder of the respect and dignity that should drive any workplace for future generations. The white t-shirt's iconic significance comes from the fact that it was always the bosses who wore a crisp, white shirt, since there wasn’t much a threat of it getting dirty with hands-on work, so wearing a white shirt as an on-the-ground employee came to symbolize that blue-collar workers deserved as much respect and dignity as their white-collar counterparts.

For a long time, white was often associated with status and money because wealthy individuals were able to breezily wear the color without worry of dirtying it in bustling urban areas or jobs requiring exhausting manual labor, whereas lower-class populations wore darker colors due to everything from sweat to pollution. So the white shirt, in the years following the Flint Sit-Down Strike, has proven to be a long-standing protest.

Revealing the Youth of Screen and Stage Icons

Rebel Without A Cause heartthrob James Dean brought brooding vibes to Hollywood with his moody looks, slick hair, and white t-shirt. Meanwhile, Marlon Brando brought tenacity and vitality to his white t-shirt look in A Streetcar Named Desire. These standout performances of the 1950s pioneered a new era for the white t-shirt, acting as a definitive piece of angsty leading men brimming with youthful vigor.

In the 1970s, a greaser revival came by way of musical classic Grease, where Danny Zuko and his T-Birds crew raced for pink slips on Thunder Road, stunting in white t-shirts with black leather jackets. In the decades that followed, white t-shirts came to define all sorts of characters, establishing their simple style or cool charisma. Matthew Broderick as the charming hero of Ferris Bueller's Day Off, Brad Pitt as the cool-as-hell antagonist of Fight Club, and the many hunky leading men of 90210 all wore white t-shirts as a way to seem confident, carefree, and youthful (which definitely helped those adult 90210 actors play teens).

In the music industry, artists across genres have displayed their own takes on how to rock a white t-shirt. Madonna, in her earlier eras, sometimes strutted the red carpet in a tight white t-shirt and dad jeans up to her waist. Kurt Cobain was often spotted in public wearing a white graphic t-shirt and a cardigan or flannel. Even Michael Jackson moonwalked across the Super Bowl stage in a plain white t-shirt with an unbuttoned shirt over it. Rappers like Jay-Z and Eminem have been known to accessorize their oversized white t-shirt with silver chains. For such a simple garment, the white t-shirt happens to embody iconic looks from artists that stay in the memories of fans for years.

Strutting Through the Fashion World

High-end fashion designers eventually took to incorporating the white t-shirt as a runway trend and photoshoot staple. At the 1991 Chanel fall fashion show, Karl Largfield notably featured the white t-shirt in iconic looks, pairing it with the denim outfit adoring Linda Evangelista and the pink wool coat on Karen Mulder. In front of the camera, models Alessandra Ambrosio and Kate Moss shot stunning black and white portraits with just their white t-shirts on, smizing into the camera.

Still today, the white t-shirt brings a casual sex appeal with models hitting the runway and posing in photoshoots — a balance of dominance and beauty — delivering more than just a pretty face.

Across the cultural spectrum of America, the white t-shirt makes a statement, having been there for iconic looks of fashionable celebrities and for the little guy standing up for what they believe. Rock a white t-shirt and reminisce on what it's like to be young again with important moments firing all around you. Most of all, let a white t-shirt bring out your confidence. Find your own white tee and pave the next style trend.