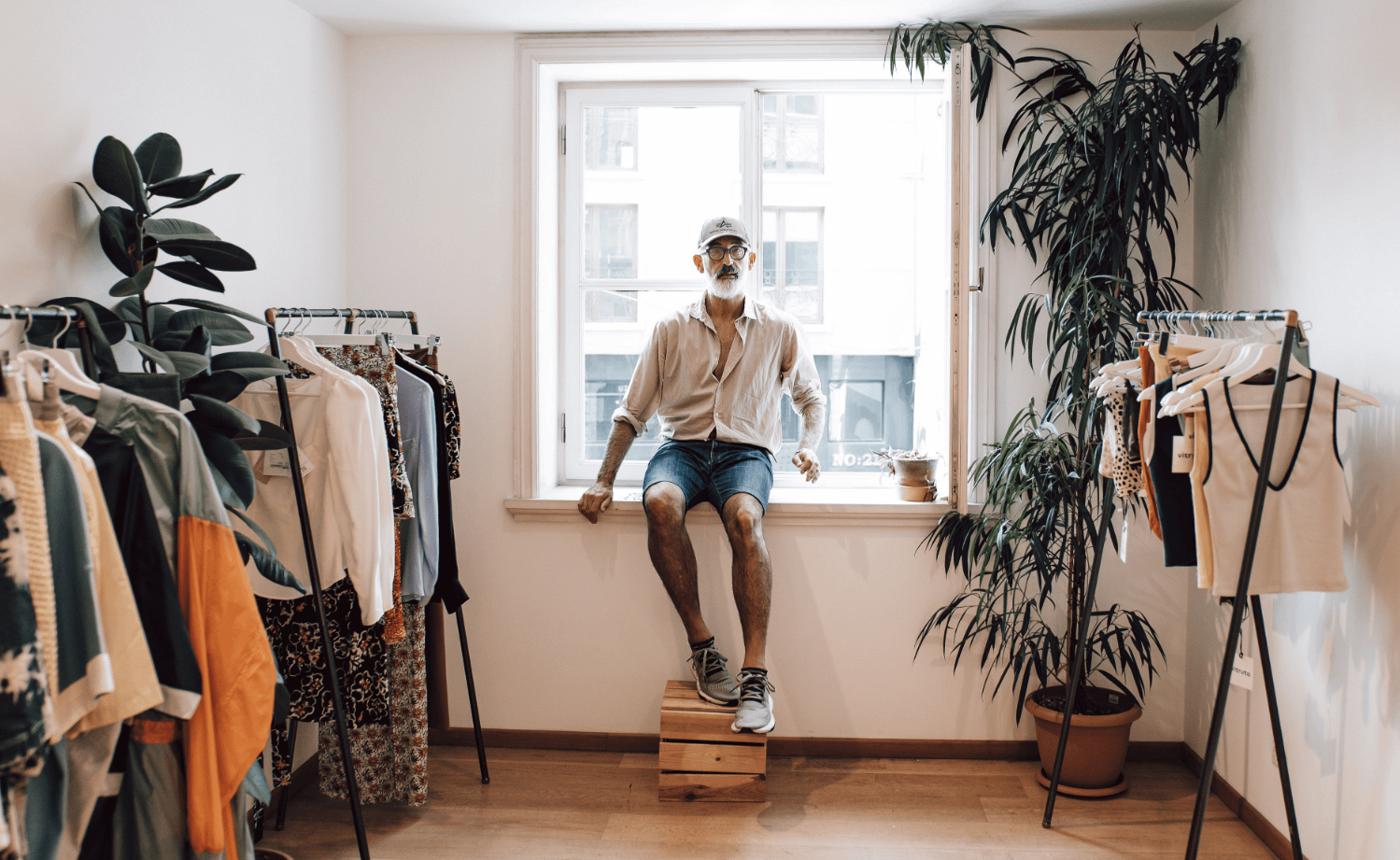 The Photograph: Finding my Father's Look

I’d always wondered what it’d be like to look like my dad. When I finally found out, it wasn’t by noticing white or gray hairs in my beard. Instead, it all came down to a photograph I found while unpacking boxes in my new house.

If you’re anything like me, you look back on certain periods of your life as a series of fashion mistakes. The 1980s, for instance, were a car crash of neon and photos from my youth reveal how tragically I fell victim to that glorious technicolor. Likewise, there still exists some evidence of me in a tracksuit and a Fat Willy’s Surf Shack tee in the 1990s, back when a color-changing t-shirt that didn’t work after two washes was my signature look. The less said about “The Noughties” the better, but suffice it to say that double denim has never come back into fashion and I doubt it ever will if anyone discovers photos of me wearing it.

So I suppose I should have cringed inside when I found an old picture of my dad in the ‘70s wearing a v-neck t-shirt. After all, he was a baby boomer, born two years after the end of World War II. Rations, rather than fashions, were the necessities when he was very young and that habit of buying sensibly above buying stylish was one the whole country shared.

Somehow, he’d managed to pull off both.

Truth be told, he looked really good in it — younger, more vital, full of verve with a hint of “V for Victory.” It wasn’t just the shape of the collar that inspired those feelings when looking over the photograph; he was a good-looking young man and the v-neck tee suited him.

I wondered whether it would suit me too.

When I rang my dad to tell him I’d found the picture, he surprised me by remembering exactly where and when it was taken.

“It was that endless summer,” he told me. “The first time I met your mother out in town. She always said she liked that t-shirt. Said it made me look older. Quality tee, that.”

Before I’d spoken to him, I couldn’t think of a worse reason to buy a t-shirt than it making me look older, but the more he spoke, the more it made sense. He seemed more mature in the picture than I was at that age — confident in his look and expressive of his individuality, all qualities I admired in him when I was a child (and still do, really).

Back then, he informed me, it took an hour-long round trip on the bus to the town where he bought it. Only one shop sold that t-shirt and he didn’t want to wait and find out it was sold out.

“It’s all right for you now,” he laughed. “One click of a button and you can choose what you like. It wasn’t as easy back then.”

We spoke on the phone for an hour. By the time I said goodbye, I’d already made the decision to buy as close to the same v-neck as I could and it didn’t take any longer than Dad had said it would.

I headed to Fresh Clean Tees, clicked on V-Necks, and all the options were there for me. I chose my size, found the color my girlfriend always says looks good on me, and, like Dad said, buying it was as easy as clicking a button. No hour-long round trip for me. I looked at the photo once more and filed it away with my most treasured ones of Mum and Dad, and then my own v-neck arrived just a few days later.

Would I look as good in it as my dad did? I couldn’t wait to find out. I opened the package and tried it on. It fit like a dream and, if anything, it made me feel a little more mature as I pulled it on. It’s a t-shirt of choice, the v-neck, and I liked how it made me feel.

I jogged upstairs and took a look in the full-length mirror that my girlfriend had convinced me was worth purchasing the day we moved in. I caught my reflection and stood stock-still.

It wasn’t that I looked like my dad — I’m a mix of both my parents in that regard — but it made me feel closer to him despite the hundreds of miles that currently lie between us. It’s hard to put your finger on, isn’t it? How one turn and look at your own reflection can sometimes bring your family to mind like they’re standing beside you? I swear, he could’ve been right there, just to the side of the mirror, looking back at me.

“Quality tee, that,” he’d been saying.

I’d have to agree, and not just because dads are always right.