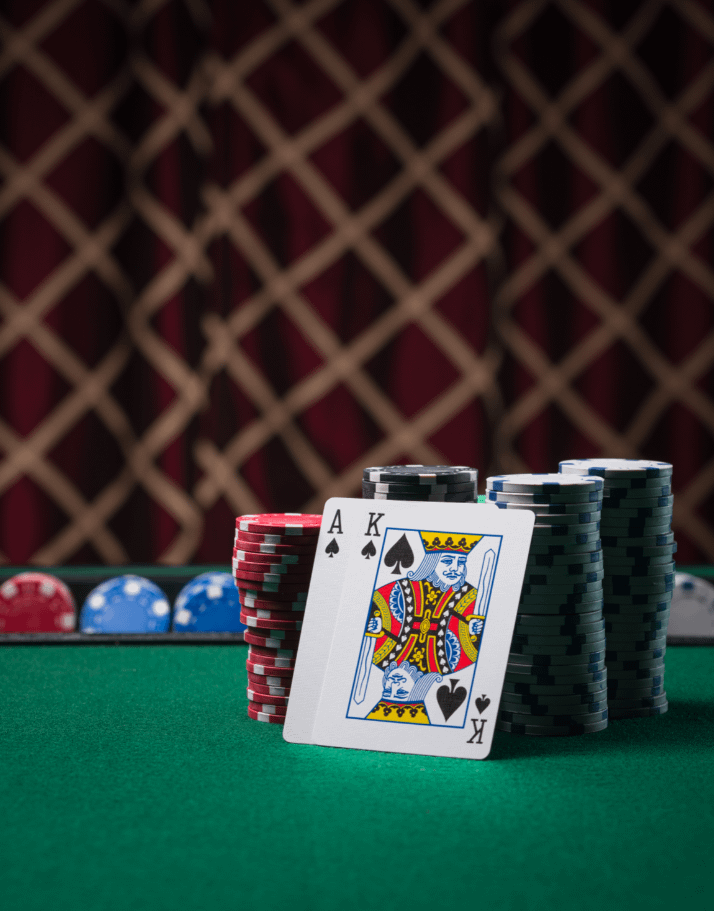 How My Heroes Wear It: A Story About What We Wear In Big Moments

You’ve probably heard the advice to “never meet your heroes.” If you believe it, I’m here to tell you it isn’t true.

This here is proof.

Back in January 2016, I traveled to Old Trafford as part of the team reporting on the partypoker Grand Prix, a series of poker tournaments that took place at some of England’s most famous football stadiums — or soccer in the States. I was more than excited to go up to the so-called Theatre of Dreams because I’m a huge United supporter and I always have been.

My earliest memory of a game was the 1985 F.A. Cup final. I was six years old, barely sitting a half-foot from the TV screen as I watched United attempt to beat a team called Everton.

How ridiculous is that as the name of a team? Never let it be said that American sports teams have silly names because, as a British sports fan, I’m here to tell you that we have the stupidest team names on the planet. From Crystal Palace to Tottenham Hotspur, they are downright ludicrous.

Anyway, Everton was the enemy on a hot day in 1985. Six-year-old me had watched our central defender, Kevin Moran, sent off for a serious foul play in the second period, which had never happened before in the cup final. I was convinced we couldn’t win, but my Mum — my Dad cannot abide sports and my Mum used to play soccer, go figure — told me that we always have a chance. United always end up scoring, she said, especially in cup finals.

Deep into extra time, my favorite player, Mark Hughes, sent a sublime pass out to the right wing where Norman Whiteside received it. Jinking inside, he edged closer to the penalty area and then, shielded by defenders, “Big Norm” curled the most wonderful of shots into the far corner, the ball bouncing satisfyingly off the Everton keeper’s glove as it nestled into the net.

I leapt off my chair and nearly hit the ceiling. Just minutes later, we were the cup winners and the team paraded round Wembley in the most United team shirt I’ve ever seen. Red with white vertical stripes between chest and arm, the kit instantly preserved itself in my memory due to the emotional attachment I had to it.

You can imagine how pleased I was — in 2016, a full 31 years later — to discover that Norman Whiteside was a guest at the partypoker Grand Prix and would actually be playing poker. I’d even have the opportunity to interview him.

My first thought was, “How can I meet this man?” After all, he was probably the first hero I ever had. But after that initial flurry of worry, I was more excited than nervous. I couldn’t wait to meet the man who quite possibly gave me the most formative memory in a sporting fanship that had lasted the better part of four decades.

Upon meeting “Norm,” it was apparent that the adoration he attracted as a player still existed in him as an older man. He was a smile magnet. Not only did I meet and interview him, talking to him about that memory and getting him to sign some memorabilia, but I also noticed something about him that pulled me right back to being six years old.

Whiteside played the first day in a long-sleeved shirt and a smart sweater. It’s a classic combo and when you’re pressing the flesh, perfectly comfortable. Day 1 of the event was merely a warm-up, however. It was on Day 2 that players would “make the money” (i.e. earn a return on their poker investment).

When Whiteside arrived for Day 2, he was wearing a short-sleeved shirt. He sat down, in a seat facing away from the TV offering live footage of a United away game. Focusing solely on the poker game before him, Whiteside didn’t bust early or throw away his chips. As I watched him play, it made me think that the shirt was oddly symbolic somehow. Like a footballer in uniform, he was wearing the clothes that ensured he would be able to bring his A-Game.

The shorter shirt clearly put him in the mindset that he existed in on the pitch. He was playing like he was in the zone too, and although he busted before the trophy was handed out — unlike in 1985 — his performance was terrific.

Talking to Whiteside about his career, I learned about the camaraderie of the club and how he fit into it, how it shaped him, and how the team felt like brothers on a mission when they took to the field in their uniforms. It made me think about the clothes I wore in my own formative years.

Sure, I wasn’t scoring the winning goal in cup finals, but I could remember the pieces of clothing that I was wearing when the notable chapters of my life flashed by — the crew neck tee I was wearing when I asked that girl out at Youth Club, the button-up I wore to the last school disco, the suit I wore on my first day working in London.

Not only do we feel most ourselves in clothes that are comfortable and suit us, but those items of clothing are also points of reference to our successes (and failures). Whiteside won few trophies as a sportsman; he suffered a career-ending injury almost immediately after leaving United, breaking both the fans’ hearts and his own chances of long-term glory.

Whiteside became a podiatrist, fixing patients’ legs where his own had once failed him. He probably became a hero to people who never knew about his sporting past, but I do and I’ll never forget what it felt like to meet the first hero I ever had.

You could put your shirt on Norman Whiteside back in the day. Now, thanks to him, I think about the shirt I wear a bit more in the moments that count. After all, if I’m creating some magical memories, I want to look and feel good while I’m doing it.