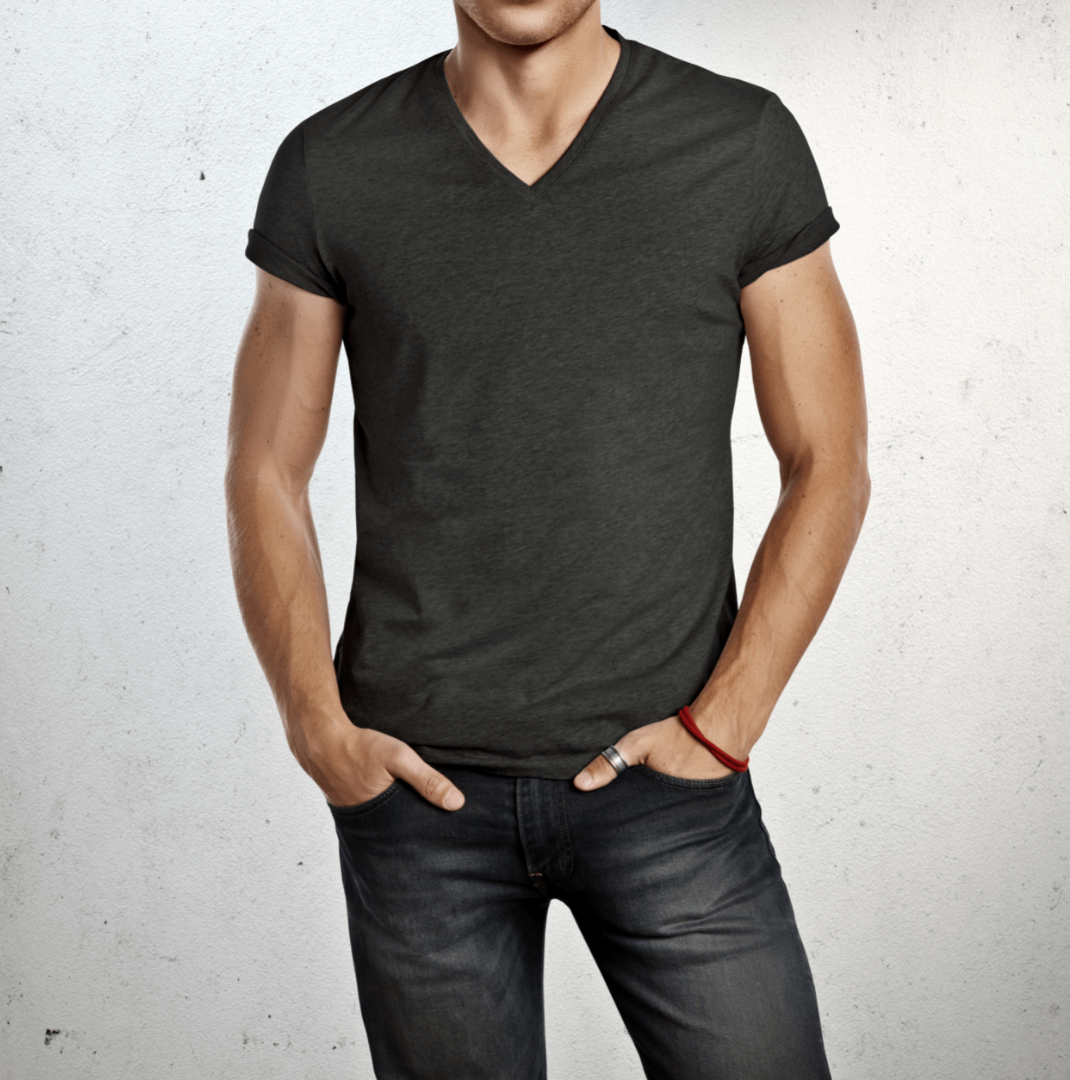 The History of the T-Shirt

Really, though, who doesn’t? Sure, at Fresh Clean Tees, we’ve made t-shirts the foundation of our company and respective closets, but there’s a t-shirt in your wardrobe too — likely several or many!

The t-shirt has become ubiquitous. Whether you’re all about crew neck tees or v-neck tees, (or even short sleeve henleys), the t-shirt is a clothing item that seems obvious and inherent to getting dressed each day. But that wasn’t always the case. The t-shirt has had a long, curious road to stardom, and it starts way back in the later half of the 19th century.

Long ago, the t-shirt's notable ancestor, the union suit, thrived as an undergarment. It was pretty much one-piece underwear that covered the length of the body, but, in the summertime, when that big ol’ sun came blasting, men would sometimes cut the bottoms off their union suit to wear only the top portion for the very hot season. That was, more or less, the first iteration of the t-shirt. It was pretty makeshift and legitimately endearing, and the t-shirt’s extremely loose and humble beginnings stayed in that realm for many decades...until a new, better-made item of clothing replaced the union suit.

Around the turn of the century, 1904 to be exact, a magazine ad by The Cooper Underwear Company put the t-shirt on its glorious new path. The astounding revelation being advertised was a long-sleeve item called the "Bachelor Undershirt" and it had no safety pins, no needle, no thread, and no buttons — why, it came with a neckband that stretches! — and this was all rather a big deal. The ad featured a dour-looking man in a frumpy, broken-button undershirt akin to a union suit top looking off-camera on the left, and on the right was a confident gentleman looking directly at the camera with better posture, a "Bachelor Undershirt," and a cigar.

As Pagan Kennedy pointed out in her New York Times article “Who Made That T-Shirt?”, the “Bachelor Undershirt” was aimed at men with no wives and no sewing skills — and it made a lot of sense to a lot of men. So much so that, the following year, the U.S. Navy began having sailors wear these buttonless undershirts beneath their uniforms.

15 years later, this same undershirt was officially blessed with its new (and current) name in print. But it wasn’t in an ad; it was in a novel. Indeed, F. Scott Fitzgerald, who you may recall dissecting into oblivion back in sophomore-year English, is credited with the first printed usage of the word t-shirt.

In Fitzgerald’s debut novel This Side of Paradise, published in 1920, the Jazz Age scribe recalled romantic egotist Amory Blaine’s wardrobe — So early in September Amory provided with ‘six suits summer underwear, six suits winter underwear, one sweater or T-shirt, one jersey, one overcoat, winter, etc,’ set out for New England, the land of schools.

The t-shirt was officially a t-shirt! Huzzah! Yet, the t-shirt’s game-changing heyday wouldn't come for several decades. For the next 30 years, the t-shirt would be mostly relegated to sailors, soldiers, and students.

In fact, Kennedy recalls a 1940s newspaper column by Nancy Pepper that described the t-shirt craze of teenagers, as they outfitted them with sewn-on patches and fringe. The teenage boys took their t-shirts to a whole other level by advertising their availability for making out by inscribing two powerful words on their neckline — “Neck here.”

A decade later, the t-shirt finally and truly arrived, and everyone wanted to neck in a t-shirt or neck someone in a t-shirt.

Truly, it wasn’t until America saw Marlon Brando as moody brute Stanley Kowalski in 1951’s A Streetcar Named Desire and James Dean as turmoiled heartthrob Jim Stark in 1955's Rebel Without a Cause that the t-shirt became...The T-Shirt.

From there, the t-shirt blew up to invite every kind of variation, thanks to increasingly fantastic silk-screening technology. Pop culture t-shirts became more of a thing by the 1960s and were killing it by the 1970s, having gone from manly go-to to unisex fashion staple. Everyone was wearing t-shirts, though typically on the younger side. In fact, The New York Times ran an article about the craze in 1973.

In "The T‐Shirt Has Become the Medium for a Message," Angela Taylor recalls how the t-shirt evolved into a curiously hyper-specific representation of individual interest, from the "intellectual" t-shirts "starring Bach, Beethoven, and Brahms" to the peace movement t-shirts of protest slogans and upside-down flags. Taylor observes that the t-shirt pretty much became the easiest way to immediately establish a personal brand, whether the person wears it to promote "beer or bagels or hot dogs, rock groups and movies and disc jockeys” or to lean into irony with a t-shirt that simply reads Shirt.

By the end of the ‘70s, t-shirts were for everyone, from kids to rock-stars to companies. The t-shirt had become straight up omnipresent, and even high-end fashion designers were both celebrating it and reinventing it. The t-shirt had simultaneously become as obvious as socks and underwear and as fascinating and cultivated as its fellow runway mainstays. The t-shirt seemingly found its way into every closet in the country, regardless of demographic details. It became clear that if you wore clothes in America, you owned at least one t-shirt.

The ‘80s saw more kinds of t-shirts, the ‘90s saw even more kinds of t-shirts, and the 21st century is delivering every imaginable kind of t-shirt. We've seen t-shirt styles rise and fall. We've seen t-shirt fabrics come and go. The t-shirt is as ever-changing as it is totally timeless. You can find the right t-shirt for you, whether you want to hype an attitude, a motto, a band, an organization, a company; you name it. Or you can rock your own personal brand with, you know, just a fresh clean tee.