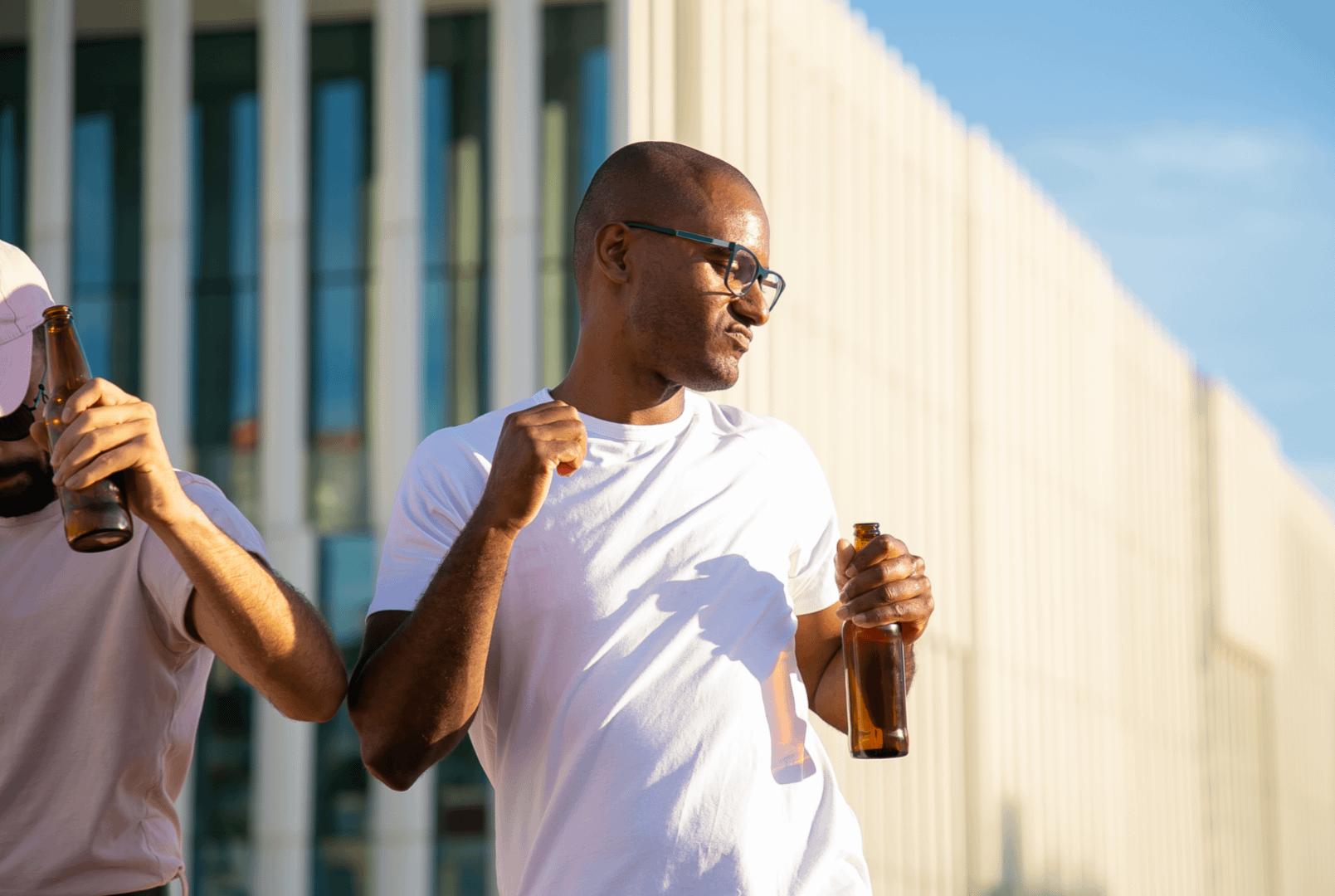 4 Tips For Dressing Your Dad Bod In Style

You know what a dad bod is. You may even have one. Dad bod is no longer slang by any means, but rather a cornerstone phrase of modern society. The term was originally coined by college student Mackenzie Pearson in her seminal 2015 Odyssey piece "Why Girls Love The Dad Bod.”

Her article now has hundreds of thousands of views, and nobody has topped her on-point definition since: “The dad bod is a nice balance between a beer gut and working out. The dad bod says, ‘I go to the gym occasionally, but I also drink heavily on the weekends and enjoy eating eight slices of pizza at a time.’ It's not an overweight guy, but it isn't one with washboard abs, either.”

At Fresh Clean Tees, dad bods are regularly considered, since many FCT employees, models, and customers have a dad bod, so we’re often thinking about how to dress it to the nines. Thus, here are a few tips for making your dad bod look best in all its middle-of-the-road glory!

The first step here is to embrace your dad bod. You’re not built like an Olympic swimmer and that’s okay. Not only is it okay, according to Pearson, it’s actually great; the dad bod is a body type that partners adore and find attractive. She goes on to say that this is likely because a dad bod is far less intimidating to stand beside in a bathing suit — and it even makes for better cuddling. However, if you aren’t typically one to go shirtless at the lake or the beach, consider throwing on a light and airy Pacific Beach tank top to show off those arms while lessening the obviousness of last weekend’s beer bender. A super-fresh white tank top is the way to go for those last summer days, but a black tank top adds a slightly mystical bad boy vibe to any dad bod.

Frumpy and oversized shirts without structure or style can quickly steer a dad bod wrong. Don’t shy away from athletic cuts that are well-fitted but not tight. If your dad bod is on the long and tall side, opt for a tall tee, which is a little more forgiving if your dad bod is closer to a belly than a six pack. With a two-inch longer torso and one-inch longer sleeves, the black tall tee gives your body room to breathe in an eternally flattering color. If you need extra breathing room, dig into the 3XL shirt collection.

When it comes to threads, nothing celebrates the dad bod more than a polo shirt that can ride from golf course to dinner table. Not all polos are created equal, though, and many contain oddly heavy and scratchy fabrics that make you want to take it off as soon as you finish the 18th hole. However, the Torrey polo shirt from Fresh Clean Tees features StratuSoft, a super-soft proprietary cotton-poly fabric that basically feels like a mega-comfy tee that just happens to have a collar and button placket, making you want to keep wearing it long after you have to.

4. Keep up that perfect balance.

The reason dad bods are often toasted is that their mere presence acknowledges that existence isn’t entirely about going ham at the gym for six-pack washboard abs and such, but more so about achieving a balanced lifestyle. If working out like wildfire is your thing, go for it! It’s a good thing to have! But it’s not the only thing, and we can all too often think we should look a certain way because of everything from movies to magazines. With a dad bod, you get that working out matters, and you care about your health enough to maintain your body’s overall health, so you can still camp or kayak with your kids when they’re adults — don’t forget to pack a Cali pullover for chilly evenings if that’s you now — but you’re not forcing hours of an exhausting activity that you may not be super passionate about. You’ve achieved a good balance, found that sweet spot of middle ground, and it’s time to show off inner peace.