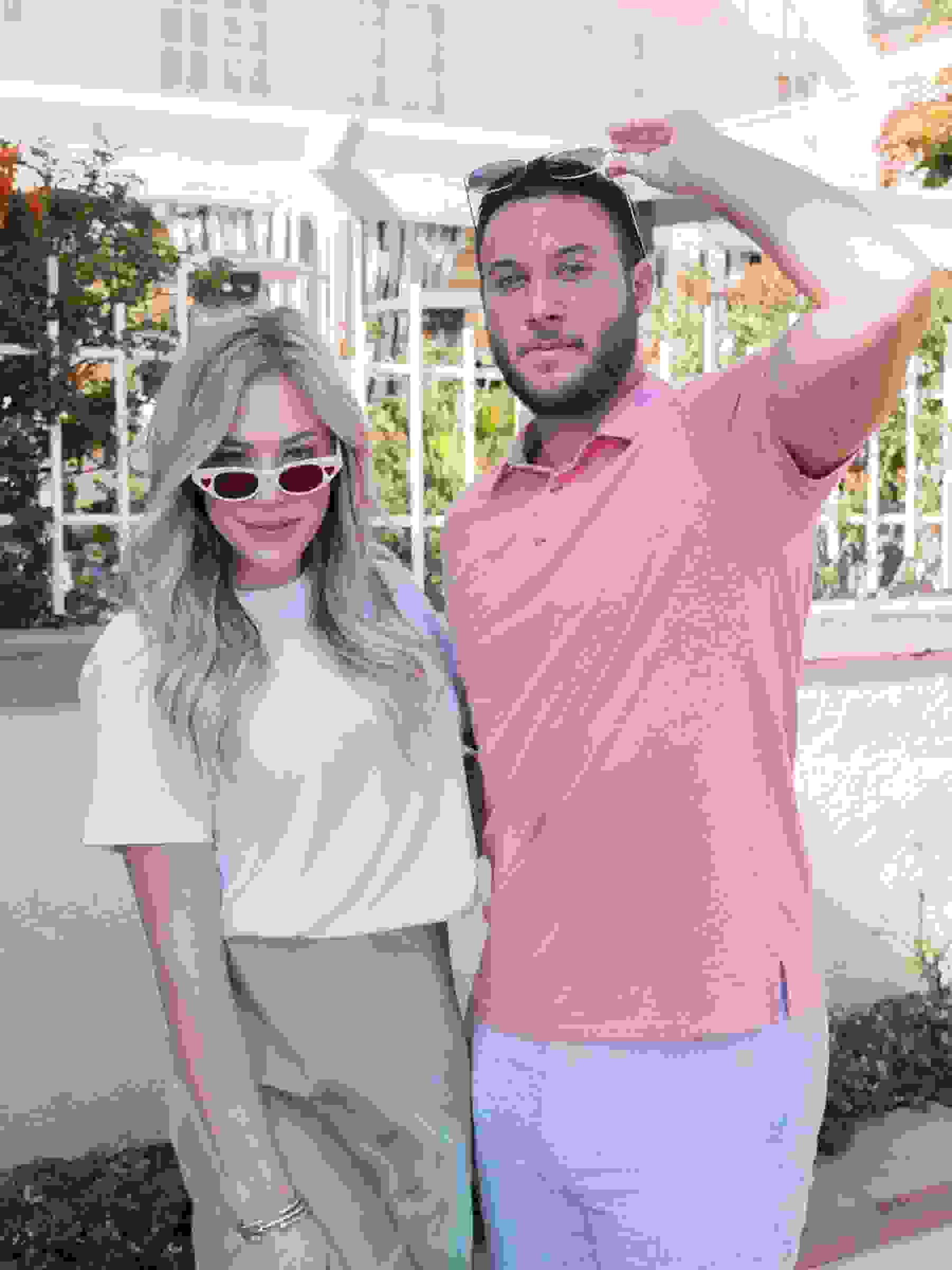 Men wearing pink is a strangely debated topic, even though it has more to do with arbitrary societal issues than it does the actual color.

Pastel colors for babies started to become popular in the 19th century, but there wasn’t a widespread consensus on assigning colors to gender. Babies also uniformly wore dresses for easy diaper access. Babies were just babies and that was the deal.

In fact, if there was a consensus, at least by the early 20th century, it was that pink was actually a boy’s color. This wasn’t because there were radically different gender roles at the time. It was quite the opposite. Instead, pink was closer to red on the color spectrum — a color that came with verve, passion, and aggressiveness — so it was designated a boy’s color. A soft blue tended to be associated with little girls.

Later, perception, and thus trends, began to twist and turn, largely due to marketing. Department stores may have had a hand in the tide change by marketing color-specific baby clothes to mothers. In the 1940s, baby boomers became the first generation to have widespread separation of girl’s pink and boy’s blue from birth, and this quickly crystallized as something of a standard in American society.

Thus, as the generation came of age, pink evolved into a color that men didn’t want to wear for fear of being perceived as less masculine. Likewise, pink became a lightning rod in the women’s liberation movement of the 1960s and 1970s, as the color became even more associated with a particular kind of femininity. Since feminists eschewed pink as an overly girly color, and men didn’t want to be associated with pink, it fell out of favor from two angles.

However, the 1970s soon proved to be a rather experimental time for men’s fashion, so pink became occasionally incorporated into items and outfits. The major trends for men’s clothing at the time were eye-catching polyester patterned shirts atop bell bottoms, with a lot of experimentation around the color wheel as a whole.

Once the 1980s came, though, blue for boys and pink for girls saw a resurgence in popularity, again mostly because of marketing. At the same time, the corporate workforce in America was rapidly growing, with women climbing the ranks into an increasing number of executive positions, and men pivoted to dark suits in the office accordingly (though, given the decade’s color palette, it was often a different story in leisurely or casual outings).

Although the history of pink as a feminine color has, at times, been driven by marketing — buy this, not that — the notion was pushed further by ideas around divisions between masculinity and femininity. These days, though, men are generally comfortable with the notion that pink is simply another color. It’s just fabric on your body.

As such, pink has seen an explosion in popularity, given fashion’s embrace of neons and the uber-popularity of millennial pink. Fashion-forward stars like Timothée Chalamet and Lil Nas X have shown up at major events in all-pink suits. At this year’s Academy Awards, Colman Domingo wore a neon pink three-piece suit with a neon pink shirt and made the best-dressed lists of Vogue, Entertainment Weekly, and The Hollywood Reporter.

So it stands to reason that fashionable men should be wondering how to work pink into their respective wardrobes, since it’s not like those gender-assigned colors stick around for adulthood anyway. I mean, as a man, a blue button-down makes for only one tool in your style toolbox.

A rich pink, as seen in the Tourmaline polo shirt from Fresh Clean Tees, works great for leisurewear or business threads with nearly any color of jacket or suit. A pink shirt allows you to devise a more creative look with something like a green blazer or a military fleece bomber jacket, offering more fun and opportunities with color matching or contrasting.

Deep pink is generally a great pop of color in accessories, such as ties and pocket squares or even touches of it in socks or shoes. Easing yourself into the wonderful world of pink, with colorful, patterned accessories, is a good stepping stone to more colorful shirts, blazers, pants, and outfits as a whole. Any given item doesn’t have to be all pink, but pink’s a great color to start with if you’re looking to inject more spring hues and summer vibes into your wardrobe. [You may have already noticed that pink shorts have absolutely become a summertime favorite for stylish dudes.]

Like any super-saturated color, pink brings about the people who really want to stand out. Such was the case with Machine Gun Kelly’s monochrome pink outfit at the 2020 Video Music Awards. Even if you’re a fan of a more muted color scheme, you can still work a little pink into your everyday look, as pink looks great for all skin tones.

This spring, Fresh Clean Tees debuted their Tourmaline crew neck t-shirt and Tourmaline v-neck t-shirt, and each are seriously an ideal t-shirt for spring and summer weekends. Even if you live in a place where the weather is the same all year, the warmer months are a time to embrace color. Why wear black and white when the season is exploding in color all around you?