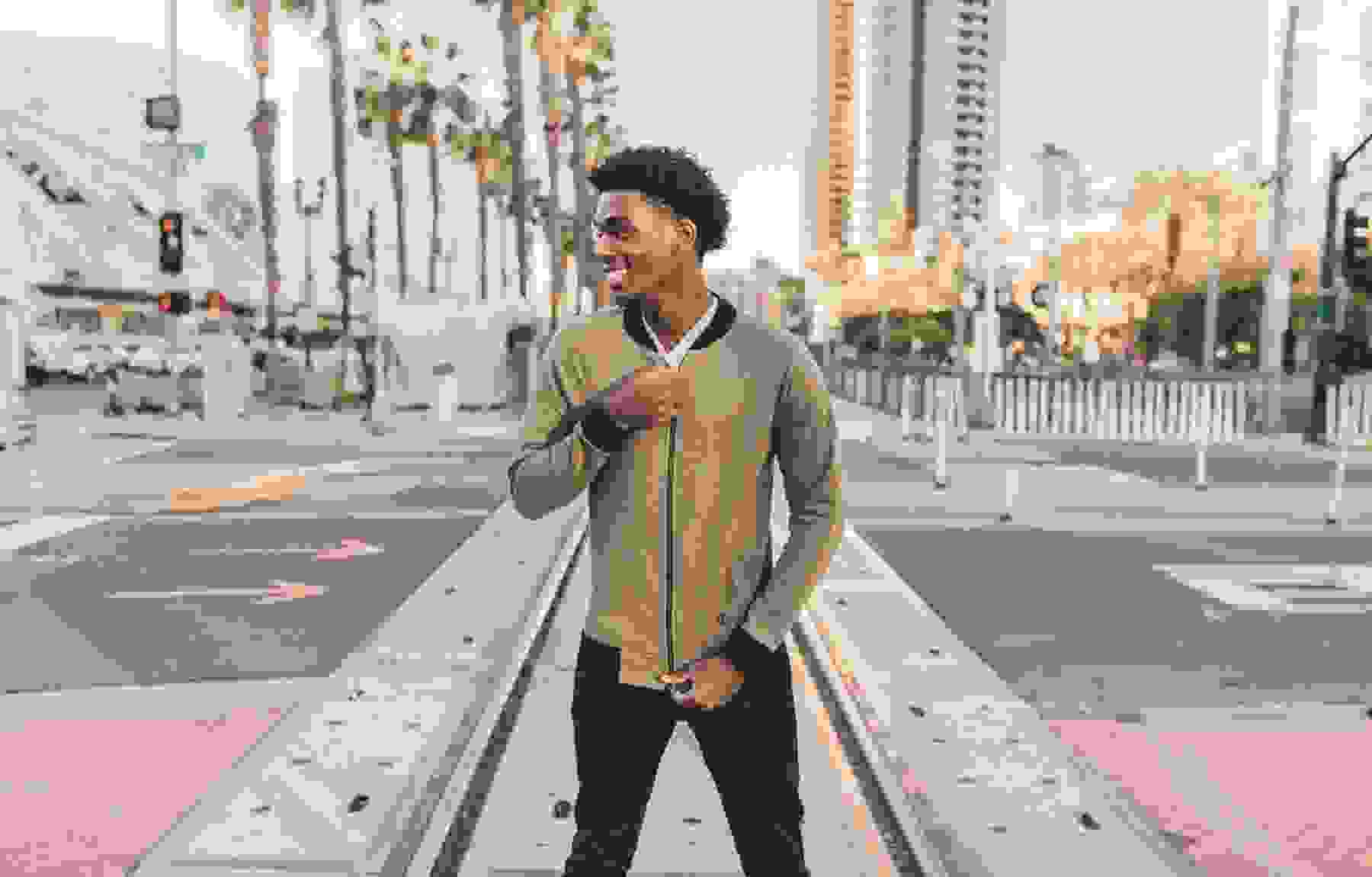 Why Bomber Jackets Are Always In Style

One of the biggest resurgent style trends of the men’s fashion world is the bomber jacket. It’s an essential item for anyone’s wardrobe, but it seems that men’s fashion designers are particularly interested in reinterpreting this kind of jacket as of late. We’ve seen a lot of bomber jackets on the runways for spring and summer, and it’s been highlighted in recent trend watches by a number of men’s fashion magazines. But how did the bomber jacket come to have such a lasting place in our closets?

Bomber jackets — along with their mighty cousin, the varsity jacket — originate from the flight jacket. The flight jacket was a casual option for pilots that eventually became a popular and lasting fashion item. Early iterations of the flight jacket, for pilots flying planes in World War I, had to be seriously warm because the cockpits weren’t enclosed. With planes becoming much more technologically advanced by World War II, pilots were flying at higher altitudes with the cabins closed but uninsulated, so flight jackets still had to be pretty heavy. The American military has one of the more iconic bomber jackets — the MA-1. The classic bomber jacket’s green silk nylon and orange lining has lasted in civilian wear well after the jacket was officially retired by the military.

Imagery of war heroes naturally proliferated and influenced the imaginations of fashion designers as they dreamt up men’s fashion collections. Even if it was unconscious, men’s fashion designers were replicating and selling a masculine look driven by the constant imagery of what a strong man was supposed to look like. In the 70s, the bomber jacket started to make its way into the fashion realm of various subcultures. These days, it’s most often associated with street style. Even with its origins in the military, the bomber jacket has essentially become a neutral clothing item that anyone can own.

When the bomber jacket came to be adopted by English skinheads in the late ‘70s and early ‘80s, it developed a more sinister association for a spell. As a counter-response to the far-right’s obsession with masculinity, the bomber jacket transformed into a staple item of London’s LGBTQ community. This subversion of the bomber jacket is actually what turned it into a popular item that then made its way through so many different fashion aesthetics. Without the work of the gay community, the bomber jacket would have stayed associated with problematic beliefs and ultimately would not have been adopted by high-fashion designers.

Hollywood also had a hand in popularizing the bomber jacket, given so many films about war heroes and their epic victories. Movies like Top Gun forever cemented the look of the pilot in the American (and the world’s) imagination. So you can expect further bomber jacket resurgence following the release of the upcoming sequel Top Gun: Maverick.

Fashion trends are often cyclical, so designers look to the past for inspiration. In women’s fashion right now, there are a ton of decade-specific looks competing for dominance. For instance, the 1970s is having a moment for women (yet again), with wide-leg pants and knit tops popping up in ready-to-wear collections. Women’s bomber jackets tend to pop up every season with different styles and iterations. Women’s fashion and men’s fashion have a tendency to influence one another in something of a feedback loop, so as long as everyone is wearing bomber jackets, they’ll keep cropping up.

The reason the bomber jacket is such an effective topper is because it can move through the seasons with you. If it has a waterproof outer layer, like a windbreaker bomber jacket, it can be your go-to outerwear from the beginning of fall to the end of spring. Since bomber jackets usually have zippers, they’re good at insulating you against the wind. If last year proved anything, it’s that clothes need to be comfortable and functional if we’re going to subject ourselves to non-sweatpants outfits.

Men’s runways are currently showing off some incredible bomber jackets that are colorful and patterned, making them great statement pieces. However, most people would likely prefer a neutral jacket as a staple of their wardrobe instead. The fleece bomber jacket is the perfect topper for any outfit, especially a military green fleece bomber jacket if you want to pay homage to the iconic MA-1.

Bomber jackets are also an ideal layering piece. You can rock a classic black crew neck tee or a crisp white v-neck under a denim or flannel shirt, and then wear your bomber jacket over that. Even though there are a ton of nice days in spring when the sun peeks out, as soon as you reach the shade or the sun goes down, it gets super chilly, so you need breezy layers to keep you warm.

The bomber jacket will always be a great item, and you can find one for any given fashion community you want to be in. Bomber jackets always feel like they’re coming back in style because they keep being reinvented and newly styled, and we’ll forever welcome their cool.