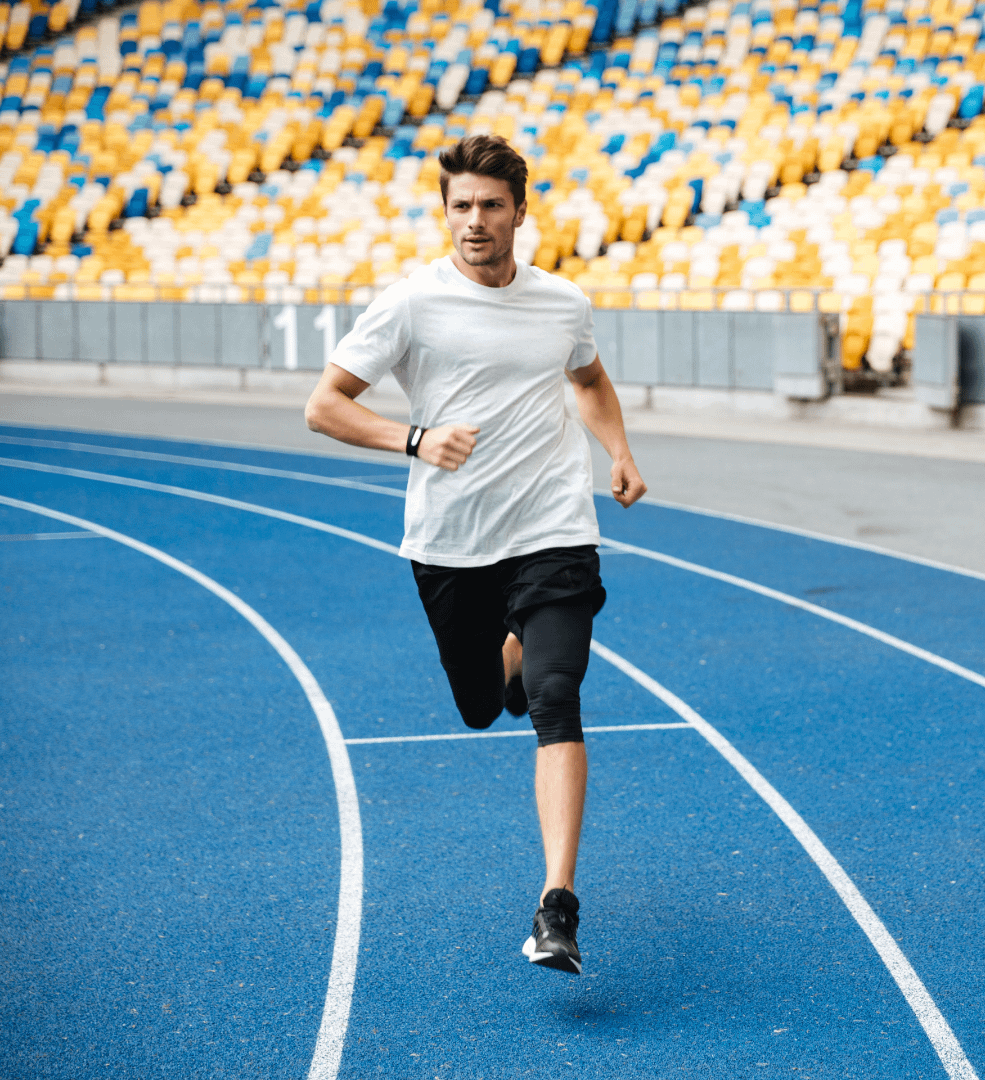 Up and Running: How a Simple Tee Beat a Performance Top

I’ve always loved running. There’s something about the freeing nature of feeling your feet pounding against the road that can never be replicated by any other method of exercise to me.

Running isn’t just fitness to me either. Running’s also a way of feeling clear and grounded, conquering the mental barriers that I’ve put in front of myself, whether they exist in a writing project or life in general. The inspiration to run (and read) came, quite curiously, in part from Will Smith in a speech he gave about the keys to life after winning a children's television award. It’s always resonated with me. It talks about besting the part of yourself that says you can’t run another yard, that you have to stop, or that you’ll quit breathing.

Running, in part, is about conquering fear. But what if the fear isn’t tied to the physical effort you’re putting in, but rather the way you look when you’re doing it?

For years, running was a pursuit of mine that was all about fitness. Then I joined a gym and discovered that there are a hundred machines, each of which can hone and tighten other parts of your body.

Focusing on different areas of my body that I wanted to perfect took me away from the pure pleasure of the rhythm of the road. I ran on a treadmill instead, feeling the comparative bounce of my trainers on the rubber ring being raced around the motor of the machine. I could watch TV while I ran, then leap onto a machine that would tone my abs. I could grab free weights to tone up my arms, legs, and pectorals. In time, it felt like the gym took over the road as my place of recreational fitness.

Train your best in a Black Pacific Beach Tank Top.

Slowly but surely, my love of running left me. Then, quite recently, I found that I didn’t have access to the gym during a recent lockdown. The only exercise I could enjoy would have to take place outdoors, which meant a return to running on the road. After several years away, however, what could I wear? What did I even wear back in the day? I honestly couldn’t remember.

After bouncing around online, I’m ashamed to say I wasted a bunch of money on training gear. From running shoes and fancy in-soles to super-absorbent wristbands and an iPhone holder that I could strap to my arm, I quickly escalated my purchases to include some grey shorts and a maroon running top. The lycra-based top had pockets all over it and was made of material that would keep me cool over the long-haul runs I dreamed of making. It was probably developed by NASA, and it was just another item on my laundry list of impulse buys.

Heading out on my first run, I hit the road and immediately made the mistake of running too fast. Rookie error, right? Slowing down, I tried to pace myself, but I didn’t feel comfortable. I had a clunky phone strapped to my arm and, while my shorts were comfortable, my top was anything but. Packed with pouches of fruit-flavored gels to sustain me and a water bottle that dug into my right side with every motion of my legs, I barely made it halfway through my planned distance before collapsing to my haunches and consuming some goods just to scale down the weight of clothing on the way back.

Returning home, I realized my online spending spree was fruitless — quite in contrast to my pouches. I didn’t need to be carrying more weight than necessary.

So I jumped back online, wiser and less wealthy, searching for the exact opposite of the performance shirt I had been lugging round. I didn’t need fruit pouches or a pitcher of water basically taped to my body. I could barely carry myself with any grace, so I wanted men’s basics that were as lightweight as possible.

Searching for a simple, plain t-shirt, I found a super-soft, bright white crew neck t-shirt with all the right specs. I loved going back to basics. It felt like a blank canvas. I found a size bigger than my usual, so I wouldn’t feel too constricted in my motions and, within a few days, it arrived.

Slipping on my new shirt that cost a fraction of the training top, I embarked on a run that followed the exact same route. I wore the same shorts and running shoes, but changed the music. Who needs to hear the soundtrack of your failure when you get back at it?

This time, I didn’t burst out of the gate, and the feel of a simple crew neck shirt made me feel lighter and easier in my motion. Running on the road is definitely different on the body than jogging on a treadmill. I could feel the ground hit back time after time and, after a few miles, the balls of my feet were aching. However, with every mile, I felt like I was growing stronger too.

It wasn’t just that the t-shirt came from a lighter material and thus made me feel more comfortable while I ran. I liked the look of it too. More importantly, I liked how I looked in it. It made me feel old school and like I wasn’t overselling it. At one point, I ran by a superstore and, in the wide shop-front windows, I caught a flash of me running — and I looked like I knew what I was doing.

I didn’t look like I was treating it too seriously, and the freedom that I’d been searching for during lockdown was right there in that reflection. I was running free, full of energy, and with a desire to carry on and run further — nothing more, nothing less.

I run a lot these days. I only bought that single white tee, so it’s known simply as my “running tee” at our house. It takes a day to be washed and dried, giving me 24 hours to rest and recuperate before I put it on again and hit the road. I don’t mind one bit.