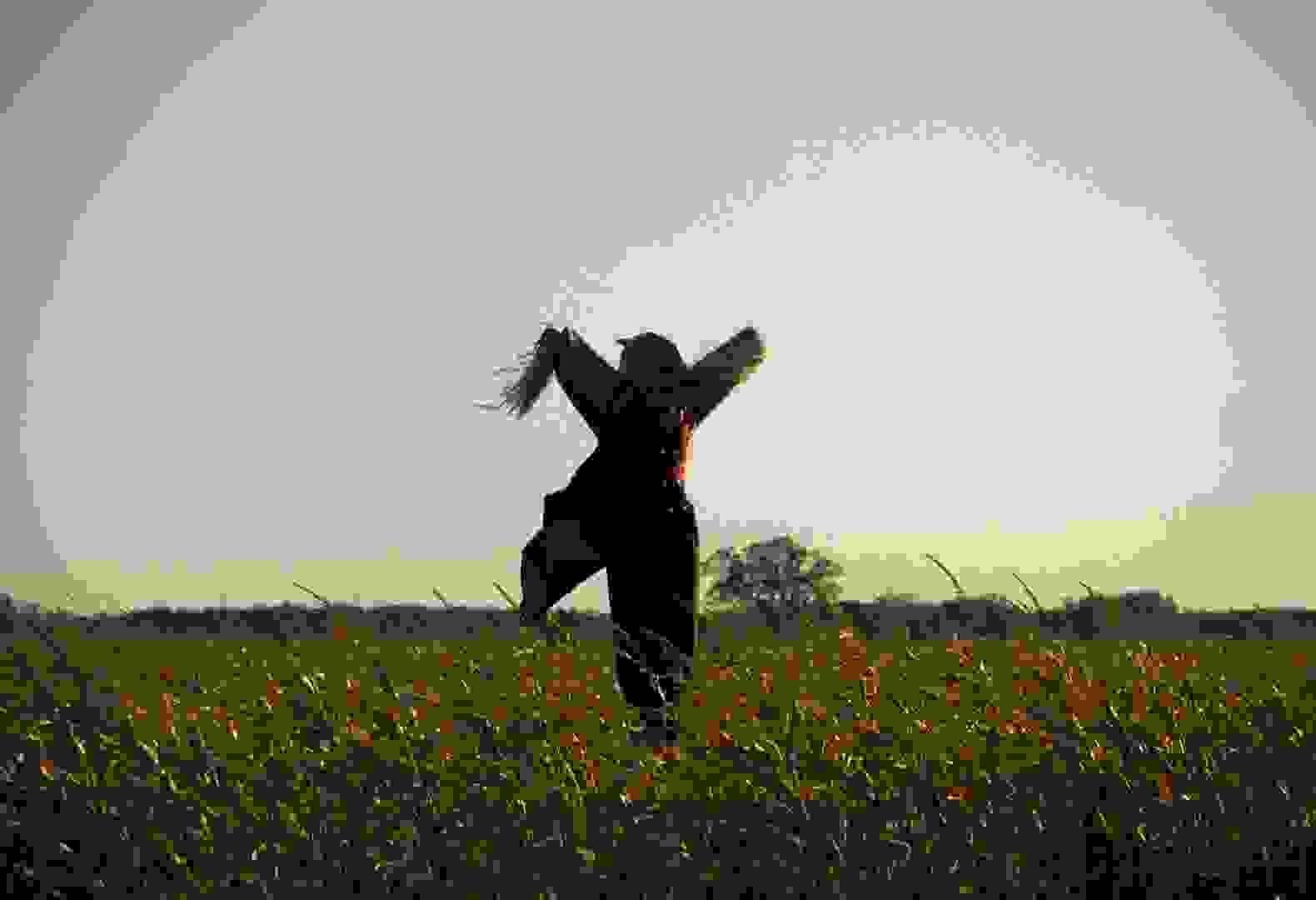 While Halloween is technically on October 31st, I personally like to think of the entire month of October as one long spooky celebration. I’m definitely not alone, judging by the fact that everyone seems to catch the Halloween bug by summer’s end.

With the sun starting to set just a little earlier as autumn creeps in, now is the perfect time to dive right into some spooky shows. I’ve got five spooky recommendations that cover a range of genres, from comedy to anime. So with something here for everyone, grab your night-black sweatshirt or blood-red zip-up hoodie and your favorite Halloween snack and let’s get to the shows (with no spoilers)!

Curl up in a comfy hoodie and feel the good vibes...before they go away with a scary movie.

The Haunting of Hill House

You’ve probably already heard of The Haunting of Hill House. It’s a Netflix Original that premiered in 2018 and was greatly received by both viewers and critics across the board. Loosely based on Shirley Jackson’s 1959 novel of the same name, the series follows the story of the Crain family, the eerie Hill House they move into, and the tragic events that unfold in said manor.

You follow the Crain siblings, both in the past as kids and in the present as adults, as they work through what all happened at the ill-fated Hill House. And there’s a lot that happens. There’s a huge number of ghosts that haunt the house and family, some following them even after they leave. But one of my favorite details of the show? A flawlessly executed jump scare that serves an actual purpose.

Cozy up with your significant other in the world's softest crew neck t-shirt.

Scare Tactics is a hidden-camera comedy show that ran on and off from 2003 to 2013. The general gist of the show is a person, who has been lovingly set up by a friend or family member, will be put into a space where special effects and actors are used to recreate horror movie-like situations. Typically, the situations will start out rather normal before things turn pretty terrifying.

I remember watching this show back in high school circa 2011 and one episode saw a woman being set up by her dad. The episode had her working at a blood bank that was completely set up by the show. The twist here was that vampires were coming to the blood bank for, you guessed it, blood. I won’t spoil anything beyond that, but Scare Tactics does make for a lighter watch if you’re looking to laugh (while participating in the spookies).

Control the remote with tremendous power in a long sleeve t-shirt that will make you the most cuddleable man who's ever lived.

Ju-On: Origins is a 2020 horror series that serves as a prequel to the Japanese film series Ju-On. You may know it by the English title of The Grudge! The story follows a cast of characters that includes an author, an actor, and a high school student, all of whom become affected by paranormal happenings brought on by a curse.

The series takes place across several years, which definitely makes for an interesting timeline. I think the best way to describe this series is that it really reminded me of B-movie horror flicks from the early 2000s — a little messy here and there but a fun, creepy watch.

I should definitely note that there is some disturbing violence throughout the six episodes.

Look fresh in a white crew neck tee, even when you're full of fear.

On air since 2011, American Horror Story is an anthology horror series that follows new characters and stories in each season. I’d say no matter what kind of creepy, horror tropes you enjoy, there’s at least one season for you. The great thing with an anthology series is you can watch it in order or dip a toe into a particular season that stands out to you, whether you’re looking for something focused on witches and vampires or a fictional take on a paranormal documentary TV show.

A personal favorite season of mine was the ninth season, 1984. Heavily inspired by ‘80s slashers, there’s plenty of campy horror packed into the season at just about every turn, with an especially memorable cast of characters, and it’s a perfect season to binge at home, comfortably cozy in a black pullover hoodie.

Stay frozen in freakout mode with a colorful pocket tee or v-neck shirt that's paired with a patterned button-up...or else...

Death Note is a 37-episode anime series that has become a staple watch, both for horror and anime fans alike. The basic premise is that a teenager by the name of Light Yagami comes across a special notebook that affords the owner the supernatural ability to kill people by writing their name in the notebook. From there, Yagami goes on to try and create a crime-free world with his new powers.

I love the blending of supernatural elements within the very grounded world of modern Tokyo, making for a great spooky binge series that’ll keep you hooked, episode by episode, with plenty of twists and turns.

Now that you’ve made it through a few options to kick off your spooky TV marathon in your favorite men’s hoodies and sweatshirts, be sure to leave a light on — unless you’re brave enough to watch in the dark.