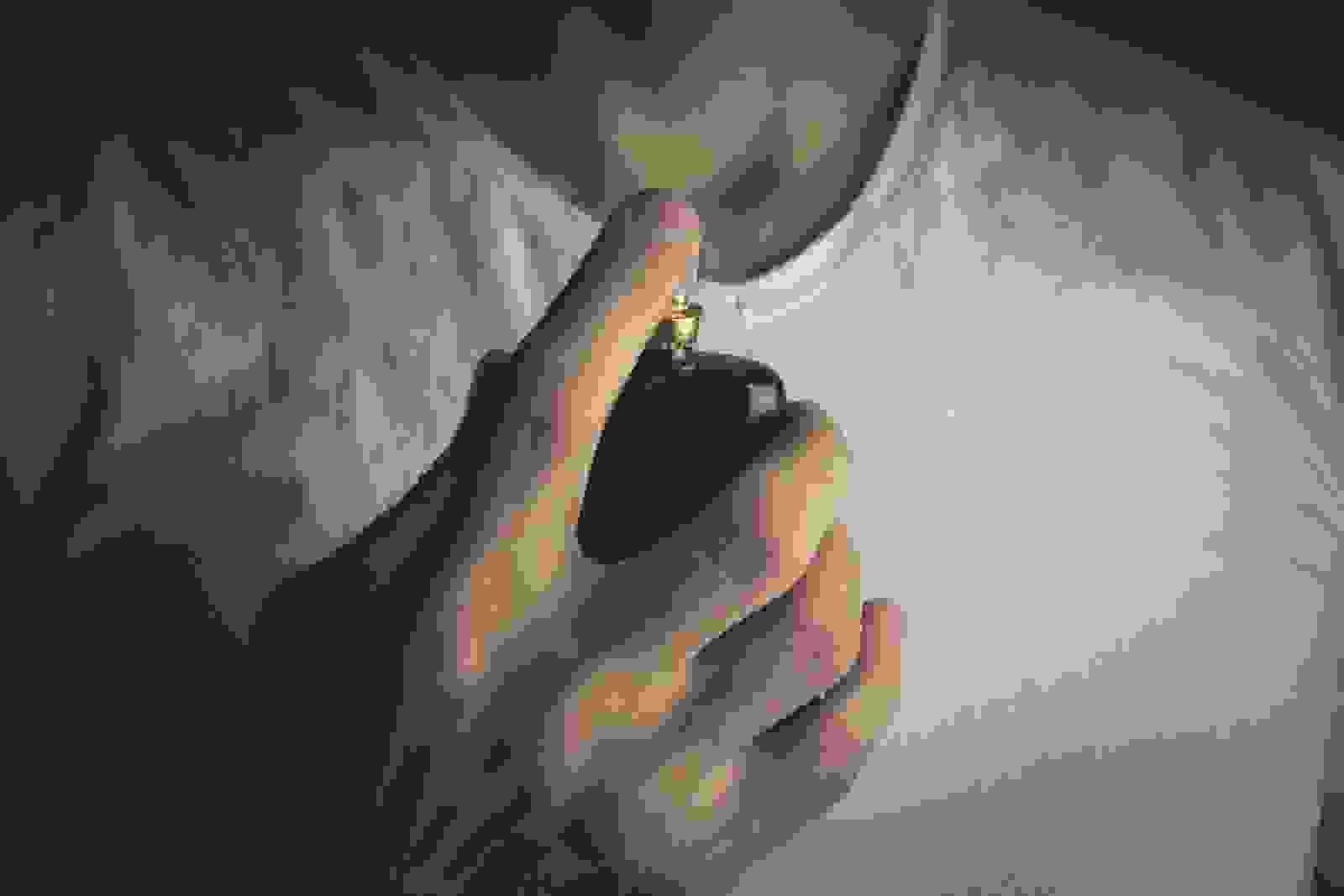 How to Refresh Your Scent After a Year of Sitting Stale

We’ve been living in a world locked up tighter than a corset on Bridgerton for a year now. The obvious proof is that you know exactly what Bridgerton is, even though you never knew you wanted to (and you definitely wanted to). But no matter how your body’s impulses to binge have changed this year, there’s one thing that hasn’t — your scent.

As men, our bodies tend to fluctuate often and easily, though never before like they have this year. With limited access to gyms, we’ve been kept from charting our progress with barbells in bar graphs to simply making pie charts — charts of the pies we’ve eaten and the ones we’ve still yet to eat. Oppositely, our distractions were greatly diminished so that we could listen to My Favorite Murder while favoriting healthy recipes and murdering living room cardio. Maybe you started quarantine as American Hustle Christian Bale, melted down to The Machinist Christian Bale, and are now lifting yourself up to be The Dark Knight Rises Christian Bale. [Pow! Good for you, Batman.]

So whether you’ve spent the past year staycationing in your own stench on Couch Island with a baby-shaped amount of delivery food growing inside you or anxiously sweating cannonballs due to the unprecedented doom and gloom, chances are you should enable smell-check before nose-diving into the nostrils of your neighbor. Indeed, a lot of us dudes might need to figuratively and quite literally freshen up when it comes to reintegrating ourselves into the social circles of the living and breathing.

Let’s begin with the obligatory and uncomplicated shower. You’ve escaped your couch, cranked the steam, and lathered yourself with whatever body wash or bar soap named after a forest monster you saw on Instagram. The babe in the video ad told you this was enough to transform you into a wild man who, in turn, could make her go wild. You rinse, dry off, and throw on your freshest tee shirt to strut out the door, confident and free, the savage animal inside you casually waving a claw at the notion you’d ever have to be concerned with such societally imposed whimsies as “hygienics.”

But maybe your soap isn’t intended to free your beastly scents (or sense). It’s a simple bar meant to degrime, and, once it has, you want something a little more intentional and traditional, something that resembles a different kind of monster — a bit laboratorial. So you turn to the Frankenstein of Fragrance, the Fruit of the Farina Family, the stuff your aunt keeps sending you every Christmas, regardless of how much you still have. It’s fancy, it’s foreign — it’s German even though you could’ve sworn it was French — it’s cologne.

Let’s say you have a row of such aromas. Which one do you choose? An easy way to boil it down could be as simple as when you have to choose it. Make it seasonal, like candles or sandals. Your colognes grounded by oils of citron, jasmine, and neroli are best applied in spring and summer; for autumn and winter, scents more dominated by patchouli, vanilla, or tobacco are likely to be more palatable.

That is unless, of course, you already have a go-to cologne, a real player that makes the all-star team year after year, never running out of gas or losing the ability to make that one amazing play of the night. Maybe it’s a bit mysterious yet flashy, a la Eau Day-Lew’is, smelling of crude oil and raw beef to complement some handsome threads. Or maybe it’s simpler than that, a classic standby — a trusted veteran, domestic and reliable, smelling like an old leather wallet dropped in a hard lemonade (which, believe it or not, is exactly what we’re all going for), and it has a name like Perpetuity or Avarice. But no matter how clutch your go-to is, it shouldn’t be playing every position on the field. One or two sprays around the v-neck will do, and studies show if someone can smell your cologne from a few feet away, they won’t be studying you for long.

What if you have no intention of using werewolf soap, though, and maybe cologne feels a little on the nose because you’re too legitz to spritz? You’re an all-natural kind of guy who isn’t looking to lather up or spray down. No worries! If you want “no fuss, no musk,” your mouth might be an alternative way to please an alternate nose. Certain foods like truffle oil and celery contain the pheromone androstenol, which some mammals will pig out for. Other foods, such as fresh herbs, probiotic yogurts, and citrus fruits, act as neutralizers, able to replace bad smells in your body with fresh ones. So with the right diet, you could legitimately create your own scent — a truly one-of-a-kind, organic, artisanal, armpit-to-table experience for everyone around you.

We’re all going to be back out there soon, and there are plenty of ways to refresh, be fresh, and stay fresh; it just takes a little bit of mindfulness and personality. But you can cross that Bridgerton when you come to it.