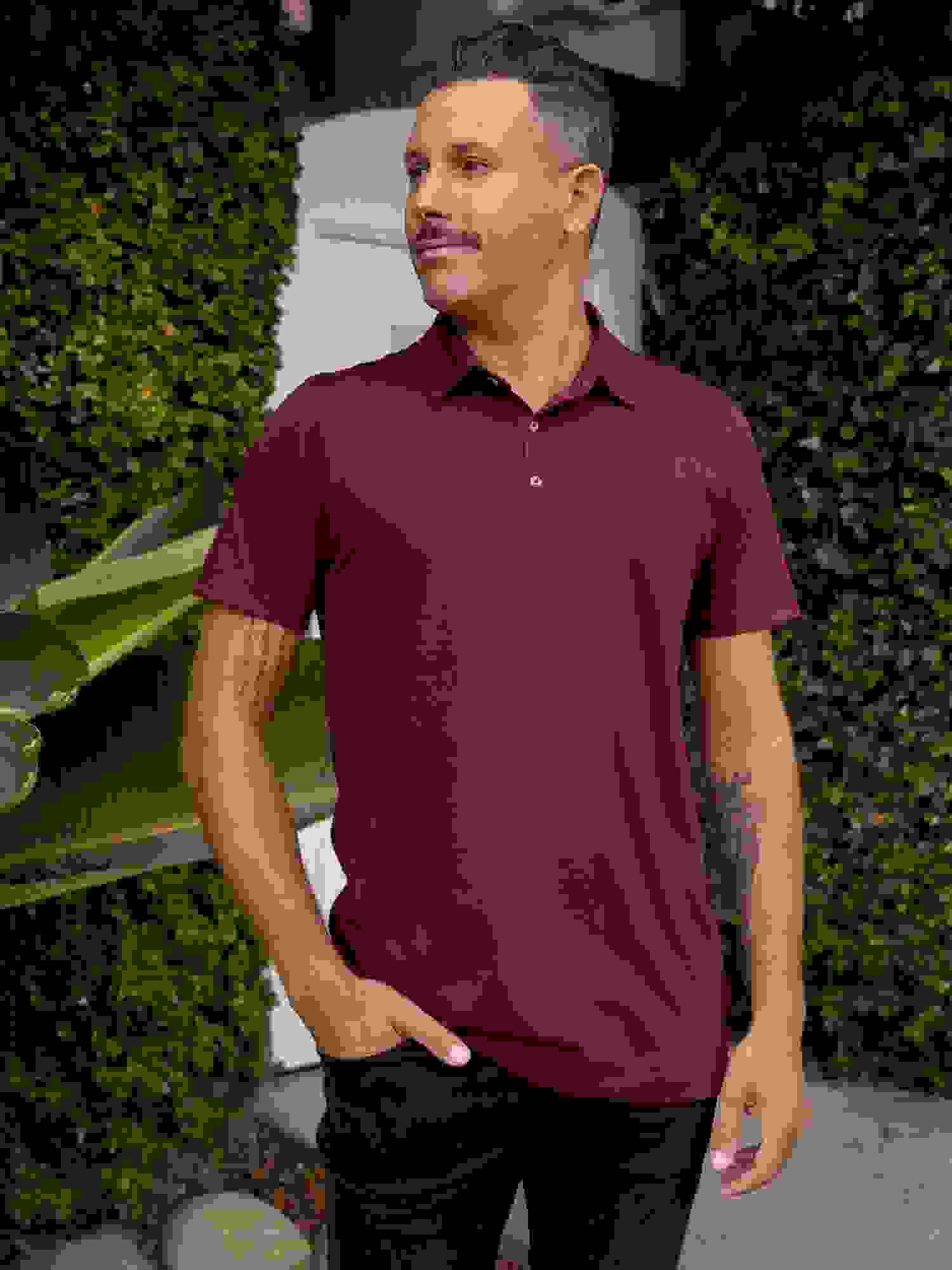 Our New Polos Are So Good, You Guys

I’ve gone actual real golfing, like, thrice — I shred mini-golf after a few beers though — and I’ve never been a part of any businessman realm. I can barely manage my own finances, let alone head into an entire industry about them.

But then things changed. I changed.

When Fresh Clean Tees launched polo shirts earlier this year, I was handed one on my way out of the office one day. It was a black polo shirt and I figured, alright, if there was ever a time to give this style a second chance, it was with the color that goes with everything as an employee of a company that sells them. I took it home and performed what I assume was an adorable lil’ fashion show in the mirror. To my moderate surprise, I didn’t recoil.

In fact, I made a lot of curious and fun “hmmm” sounds as my reflection twisted and posed. I don’t hate this, I thought, which soon became, hey, I actually kind of love this. The cut looked cool and casual, and it was as soft as the t-shirts we make (which I was instantly a fan of, given that I mostly wear tees). I tried on different pants and shorts as well as various jackets, and the black polo shirt went undefeated.

This was new territory for me. See, when I dress up, I wear button-ups. When I go casual, I wear t-shirts. So I never really had a use for polo shirts — or so I thought. The polo shirts we make at Fresh Clean Tees are for anything and everything, from brewery to boardroom. Our polo shirts just have a confident vibe attached to them.

So I scooped our navy blue polo shirt next and wore it with a gray cardigan and, my dudes, I looked so flippin’ good. I went out and got compliments galore. To be fair, this was probably aided by the fact that I don’t ever wear polo shirts, so my friends likely assumed I had a job interview (I didn’t, boss) or a court date (I super didn’t, boss).

The point to all this is that I’ve always thought of polo shirts as stiff get-ups for guys who “wake up for the hustle.” Yet, the polo shirts from Fresh Clean Tees convinced me otherwise. They’re as soft as a tee and they’re cut for the everyman, rather than some billionaire CEO’s weirdo hot-shot nephew doing shots on a yacht. It’s just a cool look for cool dudes.

That’s why we launched the style in our most popular red and green, so you can scoop a garnet polo shirt and a military polo shirt. Hell, we even launched a pink polo too, so you can grab our brick polo shirt too. Actually, just check out all our polo shirts. They’re good, straight up. I am pro-polo. If my old punk band shirts ever find out, though, I’m dead.