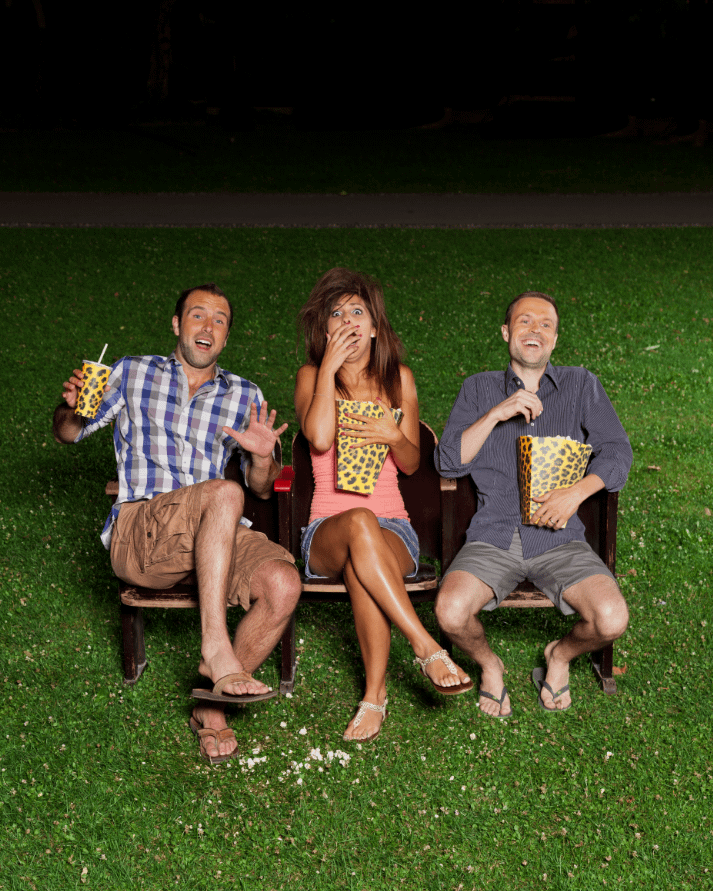 A Roundup of Choice Podcasts for Movie-Lovers

When we watch movies, whether in theaters or at home, the compulsion to word-vomit commentary about everything from the story to the cinematography is full blown. A lot of the time, this can result in very passionate discussions between movie-lovers, though hopefully not of the friendship-ending kind. For some cinephiles, it’s a chance to take their love of films to the next level and even gain new insight.

And that’s where movie podcasts come in. Movie podcasts offer another way to connect with your favorite films, how they’re made, what they mean to people, and unique deep dives into the podcaster’s thoughts around the films. In 2021, according to SEMRush, an estimated 15 billion hours will have been spent listening to podcasts, really cementing that there’s a whole landscape out there to unearth new wonders.

Some of the Fresh Clean Tees team have commutes where these prove integral. So to help you get started on the adventure, we’ve pulled together some of our favorite podcasts for movie-lovers to check out!

Our crew neck t-shirts are so comfy, it's scary.

Episodes range from full-on reviews of unnerving movies, such as Anaconda and Midsommar, to interviews with directors to countdowns of horror elements (like creepy kids) to the occasional mailbag episode. Episodes usually last around an hour, making for a good chunk of listening to have on in the background as opposed to that horror soundtrack that might make you question if you’re really alone.

Cozy up for movie night in a super-soft sweatshirt or a mega-comfy hoodie.

Do you love rewatching your favorite movies? So do the hosts of The Rewatchables! Produced by pop culture website The Ringer, The Rewatchables is a podcast that features host Bill Simmons and various co-hosts, ranging from friends to celebrities, taking a pretty laid-back approach to dissecting movies that have inspired rewatches over the years.

Conversations are a unique mix of personal notes, feelings, and experiences tied to the movies from hosts and guests alike to more objective takes on the films, like unpacking the narrative elements and themes. If you’re looking for a healthy dose of cinematic nostalgia that’s infused with insightful commentary, The Rewatchables is likely your best move.

Double Toasted is what we could call a veritable smorgasbord for movie-lovers. What started out as a podcast run by two friends in a bedroom grew into a podcast that presents a number of different shows on a weekly basis. Each show is separate from one another, but the hosts remain the same. Some of the weekly shows include The Movie Review Extravaganza, The High Score, and The Casual Call In.

A personal favorite is The Movie Review Extravaganza, which started back in 2014. Hosted by founder Korey Coleman and Martin Thomas, this show from Double Toasted features guests from time to time as they review the respective week’s film releases. With in-depth pop culture knowledge and a sense of humor, The Movie Review Extravaganza delivers honest reviews with a stand-out rating system with designations like “Full Price” and “Rental.”

Wrap yourself up in a hooded long sleeve t-shirt (and a protective blanket) for the spookier flicks.

Moviestruck is a podcast that started out in 2021 and is, at its baseline, “about movies and the people who watch them.” You know those conversations you have after watching a movie with others? That’s what Moviestruck is all about. With rotating guests on a weekly basis, a blend of curious minds, such as other podcasters and Ricciardi’s dear friends, the featured film of each episode is completely up to the guest(s).

Ricciardi has described Moviestruck as a revenge podcast for “anyone who has ever had to watch a bad movie” with her. “Bad movies” are definitely up for debate since “bad” can be entirely subjective, but these features range from B-movies to cult classics to flicks that someone just straight up didn’t enjoy. If you’ve ever forced friends to watch “bad” movies, you can definitely understand the motivation behind Moviestruck. Discussions on the podcast very much feel like conversations between friends, making for an easy and engaging listen.

Dress for the outdoor movie-watching experience (and follow-up debate with friends) with the softest outerwear for men.

At one point or another, we’ve all found ourselves involved in some kind of discussion about whether or not the book or the movie was better. That’s exactly the question that Book Vs. Movie has set out to answer. Which is better between the two? Started in 2015 and hosted by two women named Margo, each episode is a discussion between the hosts after they’ve both read the book and watched its movie adaptation.

Books and movies that have been covered range from Argo to The Princess and The Frog, and sometimes the source material can be non-book, from magazine article to stage play. Spoilers galore as the Margos discuss differences between the source material and the movie, often analyzing and detailing things like the filming process and background info about the author.

If you’ve been on the lookout for new ways to indulge your cinephile ways, a movie podcast (or several) sounds right up your alley!