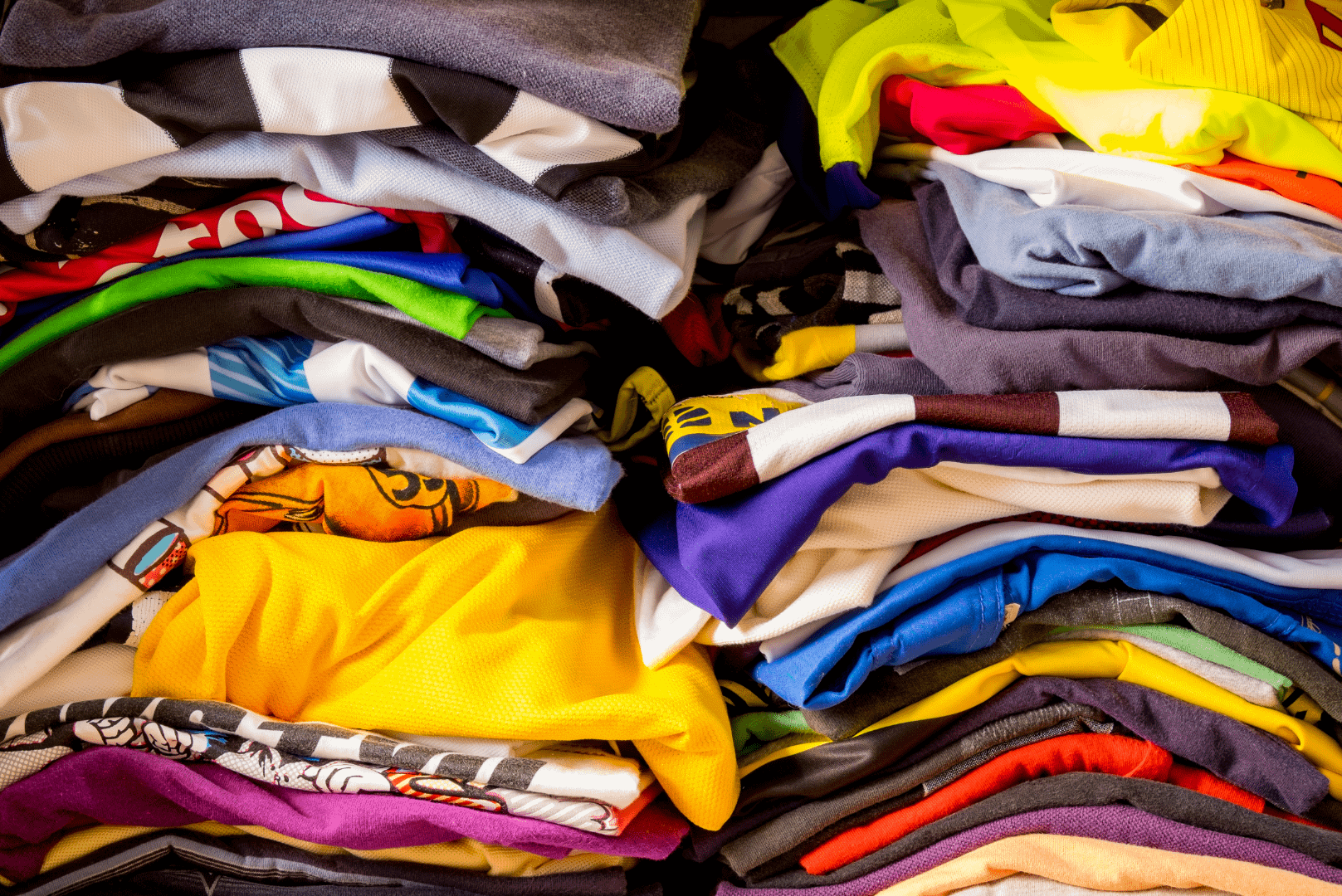 I Can't Let Go of My Childhood Tees

It's a personality trait that used to drive my parents insane, ever since I was old enough to have a say about my wardrobe, and it’s only gotten worse with the years. I have a hard time throwing away beloved clothes in general, as they become too small or too old, acquire tears and the signs of time well spent, or simply turn irrelevant to my style. But, eventually, I have to clear space in my wardrobe for things I actually want to wear, and so in one concentrated day, I pack bags of fabrics that make their way to friends or second-hand stores, and so the cycle begins again.

The only exception to this rule, though, is my tee shirts. I have an especially hard time throwing away my beloved tees. In fact, I can't even bring myself to stop wearing them — those that I can still get on my body, of course. V-neck tees I’ve received as hand-me-downs from older people, crew neck tees with witty texts on them, band merch tees with personal eras practically woven into them, or tees you’re likely to find in tourist shops — I haven't been able to get rid of any of these tees I literally grew up in.

I keep them as pajamas, as casual lounge wear, as something to put on when I lazily go down for a walk or to the grocery store. I keep them even if they have tears in them, even if the logos on them start to peel off, as the color starts to fade, as their glory days diminish. I keep them because there's nothing that matches the feeling of putting them on, and there's nothing that matches the memories they hold among their stitches.

This morning, I opened my wardrobe and randomly grabbed one of those super-soft tees. It happened to be a shirt I got from a bandmate, back when I used to play drums as a teenager, roughly a decade ago. He wore it then and later gave it to me. Though I can barely remember the reason I was gifted the tee as I put it on, I’m briefly transported to that time, to the person I was then. I often try to ignore the person I was, way back when. I often prefer the person I am now, the much more confident and secure person I am now, but there are forms of reminiscence that can illuminate the past in warm and beautiful lights, accentuate the moments we felt good and were in the right place — the moments that we want to go back to.

Beloved tees are such a form of nostalgia.

This particular shirt takes me right to the good memories of making music, of laughing with bandmates, of being appreciated for what I did, of creating and jamming and messing around. Though I wasn't fully baked, as they say, back then, and have since changed my path, wearing this tee shirt helps me look fondly at the times through my love for it. So how could I throw it away when that means throwing away that powerful feeling of nostalgia? I can't, and I shouldn't.