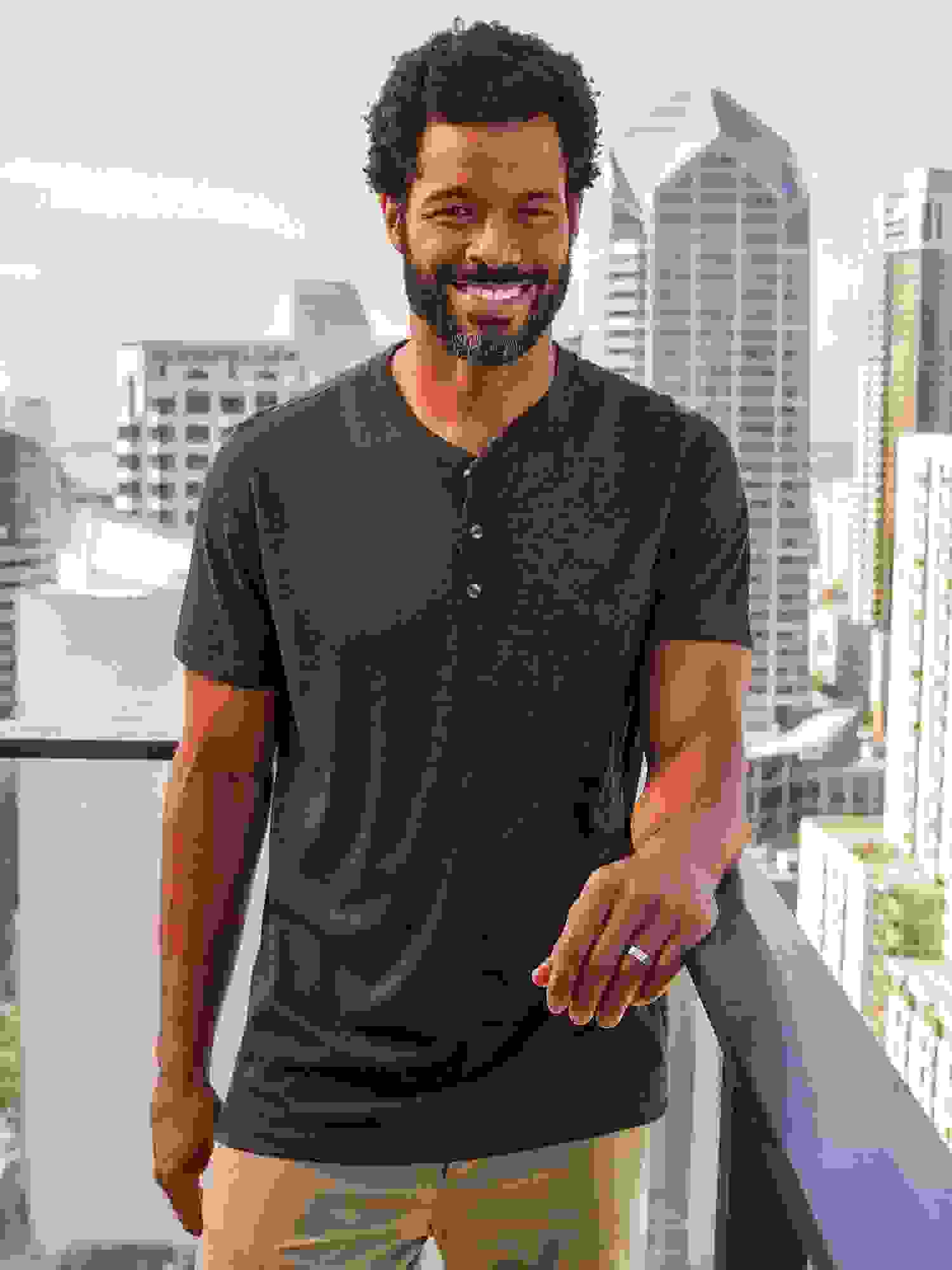 The History Of The Henley

While the history of the t-shirt has been covered on the Fresh Clean Tees blog, there’s still plenty of clothing history to cover. Take the henley, for instance, a men’s garment that has a nearly 200-year-old history, arguably the OG undershirt for athletes, outdoorsmen, and workers. So, whether you have a preference for the short sleeve henley or the long sleeve henley, let’s dig a little into the history of this versatile buttoned tee.

From Sleepwear To Sportswear

Believe it or not, the henley started out as sleepwear! If you’ve ever seen a period-piece show or film set during the 19th century, you might’ve spotted a long sleeve henley being worn for sleeping or as an undergarment. However, over time, the design of the shirt, with its lightweight quality and its collarless feature, made it a surprisingly effective piece for athletes.

The henley’s shift into sportswear goes back to 1839. Its first use by rowers can be traced to the very first Henley Royal Regatta, a five-day rowing event held by the town of Henley-on-Thames, England. In the garment’s early years, the henley was often made out of heavier material, but, with developments happening in the manufacturing industry, rowers were able to make use of the henley once lighter materials were created. This early adoption by rowers speaks to the true versatility of the henley.

As the henley became popular with athletes, it also became an especially popular choice among the working class throughout the mid/late 1800s and early 1900s. Unlike the typical t-shirt, the henley’s buttons offered its wearers the ability to button up or button down, at least to the chest anyway.

This was appealing for the everyday working class because, depending on the weather and the work they’d be tackling, they’d thus be able to more easily ventilate their clothing. With innovations occurring in both the materials and the amount of clothing that could be produced at a time, the henley proved an affordable option for populations across the board.

The henley eventually moved into casualwear. In the 1970s, American fashion designer Ralph Lauren introduced the henley into his clothing line and things pretty much took off from there. Lauren helped to bring the henley out of the sportswear space and straight into mainstream culture.

And that’s how we ultimately wound up with the henley we know and love today! The henley’s become a wardrobe fixture for just about every kind of man. It often comes in neutral colors, ranging from a black short sleeve henley to a military long sleeve henley, making for diverse and versatile mix-and-match capabilities.

These days, you can spot it on characters in shows, films, and even video games. For instance, the wise-cracking treasure hunter lead in the Uncharted series, Nathan Drake, wears a long sleeve henley throughout all four of his adventures. You can scoop a vintage white long sleeve henley from Fresh Clean Tees to recreate the look.

The henley has had a long and curious history, and it’s proved to carry a great deal of staying power. Whether you’re an avid athlete looking for breathability or you want to add a little something extra to your everyday threads, a short sleeve henley or a long sleeve henley might just be your next go-to shirt.