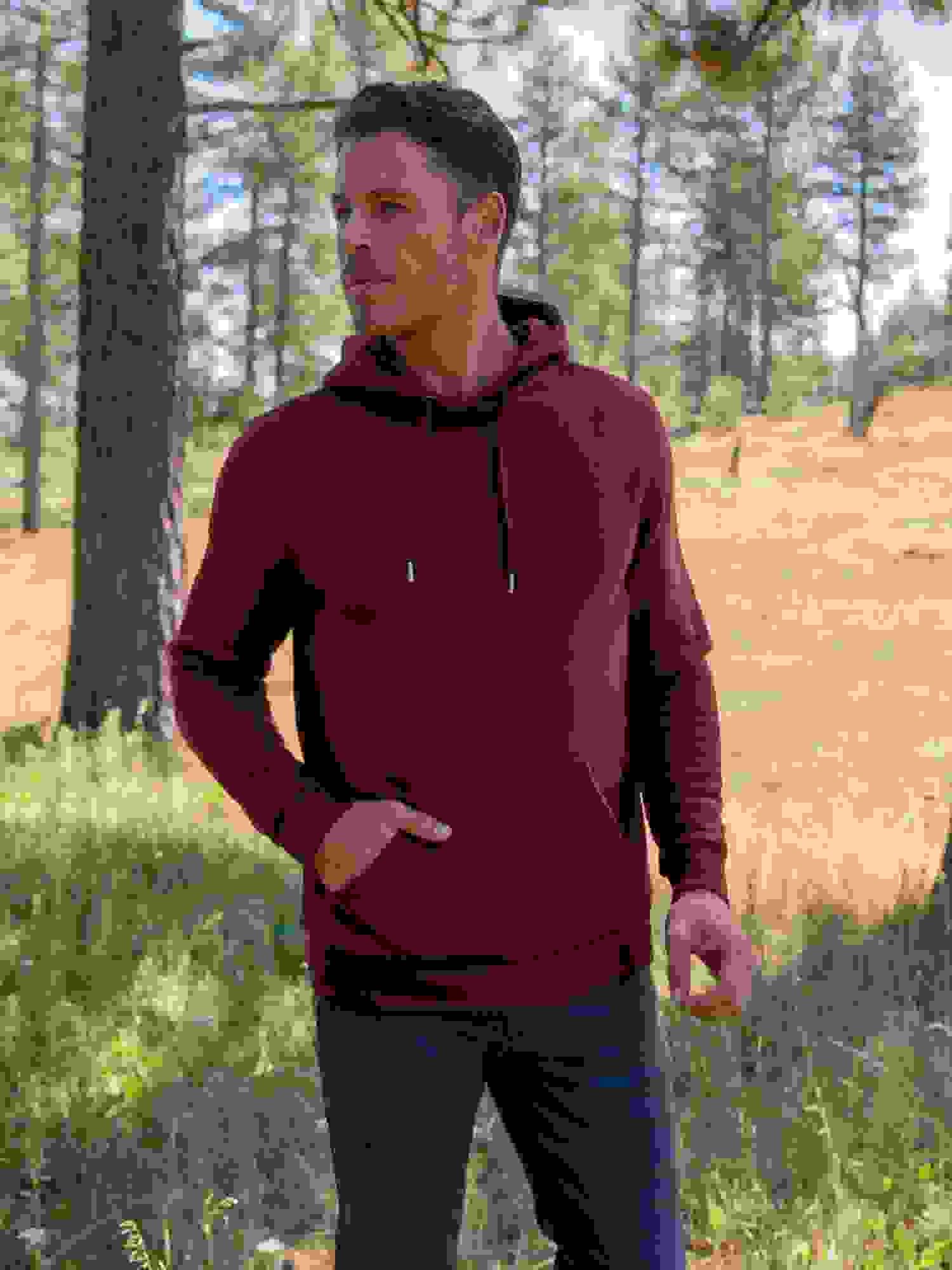 He Ain't Heavy; He’s My Hoodie

For a long time, my wardrobe was just a place to stash my clothes. Some hung on rails and others sat on shelves, but I didn’t really think it could be too full — that was until my wardrobe quite literally collapsed.

To be clear, I purchased a lightweight, fashionable wardrobe that, looking back, was all about vanity and nothing to do with practicality. It displayed my clothes and made them “easy to access,” mostly by virtue of having no protection around the rails. It was a skeleton wardrobe, but I overloaded it with hoodies and it subsequently collapsed from the strain. It had been good value for the money, but only if you were to evaluate said currency’s happiness on the fact that mine was starting to feel lonely sitting in my wallet.

Once I picked up the bones of my clothing storage, I ordered another wardrobe, this time a much sturdier one. But as I piled up my clothes and rearranged them, I noticed that half of one shelf was taken up by just three hoodies.

For years, the hoodie has been a piece of clothing that I’ve put on when feeling lazy. Out of my entire wardrobe, the hoodie makes the most sense for this sense of lethargy. I’m hardly likely to relax as much in a collared shirt and tie, and I might dress in a slimming sweater over a soft t-shirt if I’m heading out to a bar, but, in the house, the hoodie has become a dedicated item of convenience.

Looking at the notable amount of room these hoodies took up in my wardrobe, I realized that it probably wasn’t a good thing. The hoodies in my collection were too thick, heartily over-worn, and, honestly, not nearly as comfortable as they looked. They were as heavy as chainmail when wet. I’d long wondered why my better half asked me to check if my hoodie was dry long after a full clothes line had been brought in, folded, and put away. My hoodies took forever to dry and, thanks to the sheer volume of them in my wardrobe, I replaced them way less frequently than I should have, given how often I wore them. It was time/overdue for something new, yet with the same promise of comfort.

The first time I bought a thinner hoodie, it was an error. I’ll confess that. I clicked the wrong item and, when it arrived, I wondered whether I’d ordered a child’s size item by mistake. Slipping it on, though, it felt a lot more comfortable than the coziest hoodie in my collection.

It was time to ditch my old hoodies and seek out new ones. Taking a few different colors into account, I adapted to my new hoodies — a black zip-up hoodie, a grey zip-up hoodie, and a maroon pullover hoodie — in no time at all, and I discovered that I liked them way more than my old ones. I could even run in them, since they were lightweight enough to do exercises. Heck, I could even wear them over a vest and pull up my sleeves if it got too hot taking my daughter to the park. Frequently, I do so juggling toys, nappies, and a foldable stroller that’s seemingly intent on cutting off the blood supply to my brain. My lightweight hoodies have allowed me to do all this without boiling at the same time.

Hoodies, however, come into their own in the winter months. Will my new ones be warm enough to keep me insulated as the biting wind and freezing snow moves in? Thus far, thanks to an early drop in the temperature not too long ago, I have proven to be far from chilled to the bone. My new hoodies have kept me just as snug as my old ones. The trapped layer of air I needed to stay warm has still been there and, rather than inspiring me to lay on the couch due to their weight, I’ve sincerely felt more active in my slimline look.

Aside from clogging up the washing cycles in recent weeks, I don’t even think anyone has noticed my hoodies, other than how I look. I’ve been told I look slimmer, which, as anyone over 40 will tell you, is a compliment that never gets old. I haven’t lost any actual weight, but wearing something a little slimmer when a thick, chunky hoodie would’ve once been my go-to simply looks like a more confident decision. That alone is enough to convince people that you’re in great shape, apparently.

Sometimes, a new wardrobe can provide more space and, while that’s great, this recent change from a collection of rails that appealed to the mini-engineer child within me to a fuller, more adult wardrobe, has made me realize just how much space those old hoodies were taking up. The clothes fit better now, and I tend to leave them on hangers rather than stacked on shelves, waiting to be pushed back into the depths.

Wearing slimmer clothes can often be referred to as a brave choice, and I get that, especially as we get older. They hint at the wearer feeling more confident and warranting a closer definition of their body for the public at large. That doesn’t always have to be the case, though, as body confidence can come from simply feeling more active by choosing to wear one garment over another.

So my old hoodies didn’t go in the bin. Instead, I packaged them up and donated them to a charity. They’ll serve someone else the way they once served me now. As for me, I love my new, slimmer, lighter hoodies so much that I doubt I’ll ever go back. Frankly, I’m not sure my wardrobe could take it anyway!