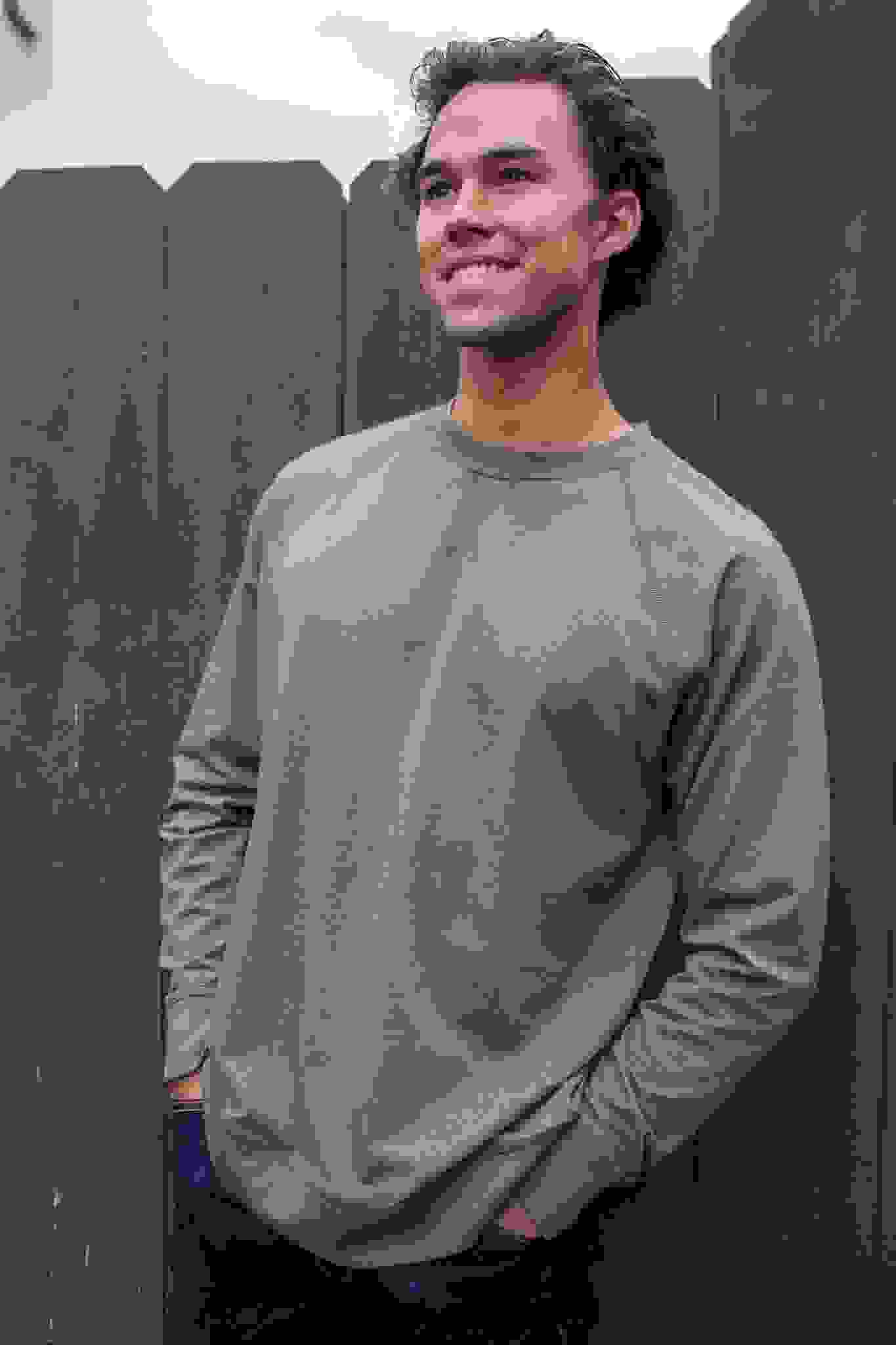 Hanging Out: Forever Seeking Out the Clothes That Make an Impression

There’s always a fresh feel to this time of the year, at least for me. It goes back to several things, but, probably most importantly, it’s the time of year when children go back to school. That always sets off an alarm in my head, one that arguably sends me too far into the future. As a kid, the end of summer meant, “Woo hoo! It’s not long until Christmas!” Now, as a parent, I think, “Oh my Lord, we’ve only got 16 weeks until Christmas and we’ve got nothing!”

Of course, Yuletide apart, it’s annually an exciting time to be a child. My eldest is heading off to a new school this September and, while I’m just like any other parent, that odd mix of bursting with pride and waking up in the night plagued with worry, I can remember very clearly one key aspect of attending a new school — the uniform (or rather, I should say, the clothes).

As for me, I’m heading back to work after summer vacation, interspersed with periods of intense activity, that has ultimately left my wardrobe of v-neck t-shirts, polo shirts, and short sleeve henleys looking a little like the entire cast of the Narnia saga have followed me back through to reality. To say the thing is a mess is an understatement. So while my eldest is in the position of sorting out a new uniform, pairing ties with blazers and starchy shirts, all fighting for new positions in the closet, I’m in the process of sorting out my own dress code and evaluating what it means to be dressed for success. Your choice of clothes forever matters, especially young.

Clothes outside of uniform are of heightened importance during your school days, aren’t they? What children wear is important, both to them and their peers. Of course, it’s a representation of their personalities, so it’s inevitably colorful, expressive, and lively, yet ever-changing as they move through the biggest period of flux they’ll ever experience.

Still, I’ve found some of that same pressure and expectation falling back on my slightly broader shoulders, as I start new projects with new teams. I want to fit in, but I want to be myself, and clothes are a key move for expressing ourselves. The threads change daily, but our wardrobe is an ongoing myriad representation of ourselves.

Think of some of your school friends now and you might be like me, seeing them clear as day in the threads they wore outside class — at discos, house parties, and weekend get-togethers.

In fact, I can still see my best friend at the time in his collarless shirt, as we headed off to a birthday party while he brazenly instructed me on the perfect way to drink alcohol (that one drink of each type was the way to go). I recall his Dad arriving promptly at 10 p.m. to cart his sickened self home in the back of the car.

I remember another pal, who was never one to be out of the top-brand shirts we all wore at the time (since we weren’t cool if we didn’t). Now, no one, not one single person of the 7.8 billion people around the world, wears that brand of shirts today.

Looking back, I suppose what my friends wore inherently identified a part of them, keeping them in the same wardrobe forever in my memory. It must be the same for them. Those same chums probably think of me as a crew neck pullover holding a bottle of Labatt Ice. Thankfully, photos don’t exist to prove it.

When we’re deciding on an outfit to wear, we don’t think of future memories or how it’ll look in retrospect. We wear what makes sense to us each day. Clothes identifying the youth is probably even more so the case in these times, given social media and photos that eternally live on seemingly everywhere in the digital landscape. But it’s a societal thing.

If I’m heading out to meet new(ish) people, I’ll pretty much always wear neutral colors, especially if it’s a social occasion. Even the people you work with want to get to know the real you and it reminds me of school, that whole wondering of what someone looks like in the clothes of their choice rather than their “uniform.” There’s a purity to it that I really like and I think self-expression via what we wear proves vital at any age.

Still, though, as a student, I didn’t recognize how much of an integral influence the right clothes can be. I definitely do as an adult. Part of that is due to a lifetime of knowing how to fit in (as well as one can). But a lot of it comes down to hanging out. We don’t just hang out with our families or our friends as we leave school behind. We hang out with our coworkers and their significant others, we hang out with friends of friends, and we’re introduced to more and more online.

Making a strong first impression as an adult can be just like that first jittery day at school, though it didn’t used to be such a common occurrence. I meet new people way more now than when I was a youth. It’s part of daily life, and it proves quite important to be on the right side of it.

Growing up, school was a bubble. There were no mobile phones, but there were tracksuits. No one called anyone else “fam,” but everyone seemed as tight-knit as could be. People said hello more then, but never caught up later across so many platforms.

All of this means that I have clothes to go through. I need the right clothes to meet new people and say, “Hey, this is me.” Every new person you meet is a potential friend and, just as is it as at a new school of labyrinthine corridors and unfamiliar classrooms (that seem to move on a whim those first few weeks), finding out where you’re headed isn’t easy. It’s certainly a lot easier with the right look, though.

However difficult it may be finding the right clothes for my next meeting, at least when I put them on, I’ll know I’m not going to outgrow them by the following semester.